For years, one of the primary reasons given by federal government agencies such as the Drug Enforcement Administration for its stubborn stance on marijuana as a controlled substance is that there is not enough peer-reviewed, independent research on its benefits and dangers. But our Los Angeles cannabis lawyers know that’s a catch-22 because the reason it isn’t studied to any great degree is because it’s a Schedule I narcotic, a category reserved for the most dangerous, addictive substances. For many years, there is only one higher education institution in the country – the University of Mississippi – had federal permission to grow and study cannabis, though even that permission was restricted. 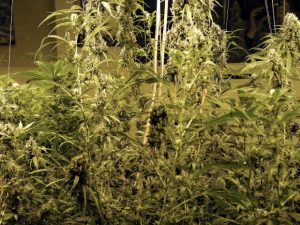 Now, while the agency’s stance remains unmoved, it appears that officials are at least cracking open to more study by more universities – and allowing much more of the drug for study, according to a new report by Forbes. Specifically, the DEA is allowing 7,000 pounds of marijuana to be used in scientific, medical and industry research next year, which is 30 percent more than what the agency allowed this year and more than 620 percent higher than what it allowed the year before.

Presumably, this will allow the federal government to create a more accurate profile for marijuana – one that possibly would led to a relaxing of the government’s long-time hard-line stance that the crop should be classified among the most dangerous controlled substances.

A more accurate drug profile, based on ample research, could make it much more likely that we’ll see some form of federal legalization of cannabis. As our Los Angeles cannabis lawyers know, this would ease many of the headaches for cannabis businesses in California – and the dozens of states where the plant is legal.

The federal government has stood firm in its stance that cannabis is a Schedule I narcotic, meaning that it’s wholly illegal, prone to abuse and addiction and has no recognized medical benefit. It’s in the same category of drugs as heroin, despite being nowhere near as dangerous.

If the DEA was eager to reverse the legal status of cannabis, it’s had many opportunities to do so before now. In mid-2016, the agency had the opportunity – by way of two petitions – to decide whether to reschedule or altogether de-schedule marijuana – and chose to do nothing.

This has created a bifurcated industry – one that is both legal (by state law) and illegal (by federal law). The result has made it extremely difficult for state-legal cannabis businesses to obtain necessities like insurance, banking and shipping services. This has persisted, even despite the federal government taking a more hands-off approach.

Meanwhile, U.S. Tax Code Section 280E imposes incredibly high taxes on marijuana businesses. The tax break was originally written in the 1980s as a way to crack down on drug smuggling.

The federal government likely has a fair amount to lose if cannabis companies are able to take advantage of the same tax write-offs as any other business. On the flip side, cannabis is big business, with powerful lobbyists in their corner.