Marijuana was known as medicine centuries before lawmakers in the U.S. sought to stamp it out. But in the last two decades, it seems Americans are finally coming around, as 23 states plus the District of Columbia have passed laws that make it legal to use marijuana for medicinal treatments. Another four states have given the green light for recreational use of the drug. 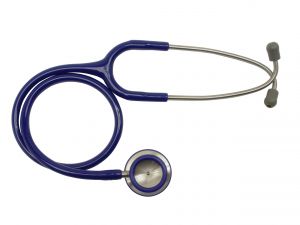 Other countries such as Spain, Israel, Germany, Finland, Canada and Austria have also allowed people access to marijuana prescribed by a doctor.

Advocates of medicinal marijuana are still fighting for expanded access, arguing the drug is both effective and safe as a therapy for a wide range of ailments. However, opponents assert the benefits are overblown and the harms are swept under the rug. They insist the only reason people are pushing so hard for medical marijuana is that it makes it more accessible to those who want it solely for recreation.

The truth may actually be somewhere in the middle, but there is no question that marijuana can be extremely beneficial for some patients.

For example, a recent analysis of randomized trials of cannabis or cannabinoids for treatment of medical conditions, published in The Journal of the American Medical Association, found many trials did indicate some improvements. These were amount 79 trials that included nearly 6,500 participants.

Some of the most notable improvements occurred with things like:

Other studies seem to back these findings too. There is further evidence to suggest marijuana and/or its derivatives is helpful in coping with sleep disorders and for anxiety.

However, the study results did not appear to support findings of improvement for those with:

However, there are those who suffer from these conditions – or have loved ones who do – who swear by it.

And here’s the other point to be made: Just because there is no evidence that currently exists to prove marijuana is effective to treat these other conditions doesn’t mean there is no evidence at all. The fact is, the federal government roadblocked marijuana studies, making it nearly impossible to study the drug. Even those who cleared hurdles to get the research approved could almost never obtain the drug in order to conduct a proper trial. In fact, the only place in the U.S. researchers can obtain marijuana for study purposes is the University of Mississippi, which has the only contract with the federal government for growth of the plant for research. And no matter how many studies are done, only 21 kilograms annually may be grown. It was only in 2014 that the federal government raised the quota up to 650 kilograms.

Of course, there are side effects that must be considered, including dizziness, fatigue, vomiting, drowsiness, nausea, dry mouth, confusion, loss of balance, disorientation and hallucination.

But is there any penalty to other drugs for failure to be a cure-all for such a wide variety of ailments? Clearly, there are health benefits for a number of conditions, and yet it is still a prime target by law enforcement officers in the failed “War on Drugs.”

The JAMA was careful to say that while medical marijuana shouldn’t be handed out as “therapy,” though clearly it’s therapeutic for many.