The war on drugs was lost long ago, but apparently California Gov. Jerry Brown feels the need to press on with a pointless battle. 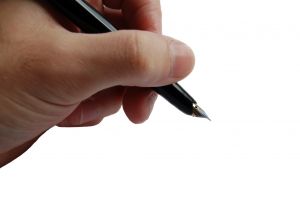 Los Angeles marijuana lawyers had been closely watching the movement of Senate Bill 649, which had wound its way through approval in both state legislative bodies before being decisively rejected by the governor.

Under existing law, illegal possession of certain controlled substances, including opiates, opium, opium derivatives, mescaline, peyote, cocaine and marijuana, is a felony punishable by a minimum of either 16 months or 2 or 3 years. What SB 649 would have done was make the illegal possession of any of those substances a wobbler. What that means is that prosecutors and judges would have discretion over whether to charge possession of such substances as either a misdemeanor or a felony. As a misdemeanor, offenders would face a maximum of one year behind bars, though it would be possible that the person could serve little to no jail time at all.

It would have been an amendment to California Health & Safety Code 11350.

In vetoing this measure, Brown not only defied the conclusion of the legislature, he ignored the overwhelming will of the people – not to mention a federal court order mandating a statewide reduction of the prison population. It would seem slashing sentences for non-violent drug offenders would have been a no-brainer solution.

What is especially troubling about Brown’s veto is that it symbolizes how far we still have to go on this issue. Use of addictive drugs is a health issue, not a criminal justice matter. It makes no sense to “treat” these individuals by giving them a felony record that will haunt them for life. This does nothing to push users toward real treatment. Rather, what it does is make it tougher to find housing, get an education and land decent employment upon their release. All of these things can make it much tougher for people to maintain sobriety and become a successful member of society – which will go a long way toward reducing their likelihood of re-offending.

Not to mention, the costs to the taxpayers for such cases are tremendous. A single inmate’s incarceration costs taxpayers between $40,000 and $50,000 annually.

It’s puzzling considering that is that just two months ago, U.S. Attorney General Eric Holder announced his office planned to dramatically scale back federal prison terms for lower-level drug crime offenders. A big reason for this was the fact that federal prisons are overcrowded.

Brown can’t argue a lack of solutions to the overcrowding issue while shooting down legislation like this. He will have to think of another solution quickly. The U.S. Supreme Court recently rejected his appeal in the overcrowding case, meaning the state is under federal order to reduce its prison population by 8,000 no later than Jan. 27, 2014.

This is not even a novel concept. Thirteen other states plus the District of Columbia – and now the federal government – already treat drug possession as a misdemeanor. As a result, those states have not seen an increase in drug-related crimes.