According to a recent news article form the Los Angeles Times, medical marijuana grow operations are targeted by enforcement officials to cut down on water use. Growers have been told specifically that they must be following the same rules as required for any agricultural business, and, in some cases, that means shutting down for the season. 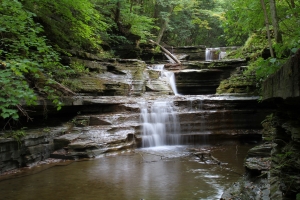 One new regulation issued by the Water Quality Control Board for the Central Valley Region of California came in the form of an Order that is requiring all medical marijuana growers obtain permits before diverting or storing any water. It is a typical process for those running illegal grow operations to divert the flow of streams and create artificial dams to store water to irrigate their marijuana crops, which generally require a considerably larger amount of water than many other crops.

As our Los Angeles medical cannabis attorneys can explain, many of the now legal marijuana grow operations had a somewhat checkered past in terms of legal compliance because of the interplay between state and federal laws. While they were legal in the State of California, the United States Drug Enforcement Agency (DEA) would regularly crack down on the marijuana farms and destroy the crops. Federal parks law enforcement would also participate in these raids. For this reason, many of the growers learned to stay off the grid, and this meant they could do whatever they wanted in terms of water use. As the state has now become involved in medical marijuana regulation for the first time in the history of legalized medical marijuana, water issues are now becoming a serious problem for growers.

The water board is also making grow operation use drip irrigation. Drip irrigation involves running small hoses to the base of each plant and then putting a plastic spike in the ground on the end the tiny hose. When the water runs through the hose and hits the spike, it will start emitting drops of liquid similar to the way an IV bag works in a hospital. This type of irrigation is very efficient in terms of water use, and does work well for growing crops, but it is very expensive to install and maintain. The pipe must be run, pumps must be installed, and a backflow prevention device must be installed and inspected by the county in some cases. This can makes things very hard on a low budget grow operation and end up causing the operation to shut down, as owners cannot afford to be compliant. This may be the point. Another common practice that will be prohibited will be adding fertilizer to a waterway. This is done so that, when the water is diverted onto the crops, it already contains fertilizer.

In addition to issuing the new order, the board has also been issuing fines for those marijuana cultivators alleged to have been in violation of existing regulations. Recently, one farmer was fined just under $300,000 for allegedly grading land in an illegal manner that harmed a local waterway.