A number of advocates for medical marijuana in Los Angeles and elsewhere are fighting back against the federal government’s crackdown on the industry.

According to ABC10, there are a number of these advocates, shops, dispensaries and patients who have filed numerous lawsuits in an attempt to block the fed’s crackdown on pot growers and dispensaries in California. 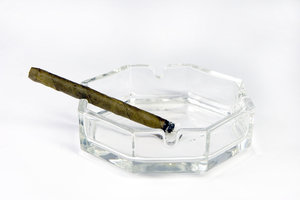 There have been lawsuits reportedly filed in Los Angeles, San Francisco, Sacramento and San Diego. These lawsuits are the result of the October 7th announcement from four U.S. Attorneys that stated that enforcement actions were going to be exercised by the federal government in California against these operations. And they weren’t lying. A number of companies have been ransacked, landlords are being threatened and patients are losing out on much-needed drugs.

Our Orange County medical marijuana attorneys understand that this industry is a thriving part of the state’s economy. Medical marijuana is in fact legal in the state and the federal government is choosing to come in and override our state laws. Companies, patients, growers and dispensaries are urged to recruit legal representation during this battle to help ensure that rights are preserved. The federal government is attacking everyone who is involved in the industry and they’re coming on strong to put an end to it. Many individuals have event been threatening with criminal charges.

The El Camino Wellness Center filed a lawsuit in the United States District Court for the Eastern District of California in Sacramento. The landlord of the property that the center operates from received a threatening letter last month from Ben Wagner, a U.S. Attorney. Landlords around the state have been threatened for allowing these companies to operate on these premises. They’ve been instructed to evict these parties or they could potentially face criminal prosecution among other consequences.

The building’s owner, Kim Creedon, received the letter dated October 6th that warned her that her property could be seized if she were to allow the company to engage in further marijuana sales.

According to that U.S. Attorney, the wellness center was distributing and/or cultivating medical marijuana and that its operations were violating federal law. Marijuana, medicinal or not, is still considered illegal by the federal government.

The wellness center is fighting back and saying that the recent crackdown from the feds is violating one of its earlier agreements that stated that they would not use its own resources to stop, to prosecute or to crackdown on medical marijuana patients and others who are in compliance with state law.

The lawsuit also says that the fed’s crackdown also violated the Constitution’s commerce clause as well as the 9th, 10th and 14th amendments.

The CANNABIS LAW GROUP offers aggressive and experienced representation for this in the medical marijuana industry in Southern California. If you’re being bullied by anyone during this recent federal crackdown or by any other party, contact our firm. Call 949-375-4734 for a confidential consultation to discuss your rights.