Marijuana users across the nation have long faced employment sanctions related to their cannabis use – even when that use is sanctioned under state law by medical marijuana provisions. On November 9, 2016, personal use and cultivation of recreational marijuana became lawful within California. Many cannabis users assumed that – in addition to their right to use marijuana recreationally – their workplace rights would be protected, as well. Unfortunately they are not. 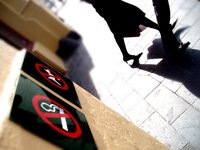 Current California case law allows employers wide discretion to create workplace drug policies for pre-employment drug testing and employee drug use. In 1997, the Superior Court of Los Angeles considered a constitutional challenge to the City of Glendale’s drug policy. (Loder v. City of Glendale,14 Cal.4th 846). Lorraine Loder alleged that the drug policy – which required drug tests of any applicant, and any current employee who applied for a promotion – violated the privacy guarantees of the state Constitution. In a somewhat surprising (and verbosely-dissented) opinion, the Court determined that pre-employment testing did not violate an applicant’s expectation of privacy, but promotional testing for current employees did. In general, the court disclaimed an employer’s right to conduct random drug screenings on employees without having particular reason to suspect drug use. The court left open an employer’s broader right to fashion wide-reaching drug policies, provided those policies did not otherwise infringe on state or federal law.

In 2008, the Supreme Court of California considered an employer’s drug policies in conjunction with an employee’s lawful use of medical marijuana (Ross v. RagingWire Telecommunication Inc., 174 P.3d 200). The Court – noting that the Compassionate Use Act contained no employment provisions – determined that there was no law or public policy which would require an employer to accommodate the medical use of marijuana, and affirmed RagingWire’s decision to fire Mr. Ross. This, too, created a broad right of employers to fire employees on the basis of marijuana use.

Unlike the Compassionate Use Act, the Adult Use of Marijuana act does include language specific to employment. The AUMA clearly states that it will not:

This language very clearly protects an employer’s right to refuse to hire a prospective employee – or fire a current employee – based upon recreational marijuana use. This does not, however, give employers free reign to act with impunity. Employers are still subject to equal opportunity employment laws and federal disability protections under the Americans with Disabilities Act. Employers and employees with questions about complicated workplace drug policies or marijuana issues should seek the advice of an employment or cannabis law attorney.

The experienced lawyers at the Cannabis Law Group are highly skilled in protecting employee’s rights, and protecting employers from liability for wrongful termination. Call our office today to schedule a consultation with a Los Angeles marijuana lawyer.

Marijuana use may be legal in California but it can still get you fired, November 17, 2016, by Brooke Edwards Staggs, Orange County Register