At this point, it isn’t surprising that the federal government is employing every possible tactic to exert power and shut down Los Angeles marijuana dispensaries. 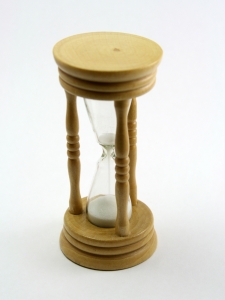 Los Angeles marijuana lawyers know that the latest, and one of the most successful, has been the U.S. Justice Department’s pursuit – or threat of pursuit – of landlords who rent to these operations.

We all know that while legalized in California, medical marijuana is still seen as illegal in the eyes of the federal government under the Controlled Substances Act.

But then why take the back road to this by threatening landlords with forfeiture proceedings, as they did recently to 35 property owners in the Los Angeles area? Analysts believe it has a lot to do with not wanting to go after dispensaries and their owners in criminal court, partly because it’s so expensive and partly because there is a good chance they’ll lose.

Plus, it’s not very popular. Criminal charges tend to bring a lot of press, and people see it as an attack not only on the will of the people, who approved marijuana for medicinal purposes back in 1996, but also an affront to ill patients.

In fact, a recent Gallup poll indicated that more than 50 percent of U.S. citizens favor full legalization of marijuana, while another 70 percent want to ensure it is available for medicinal purposes.

A forfeiture proceeding is a relatively quite way for the government to pressure a landlord to shutter the shop, or else possibly have their property seized, according to a rarely-used law that allows the government to take control of assets obtained through drug trafficking.

It’s a tactic reminiscent of what’s been done with banking services. As we previously reported in our Los Angeles Marijuana Lawyer Blog, banks have been pressured not to sustain accounts with marijuana businesses, lest they risk federal money laundering charges.

Given that these tactics are being utilized by prosecutors at each of the four U.S. attorneys’ offices in the state, it’s clear that this is uniform policy, rather than a single prosecutor who is making a power play.

The forfeiture letters mailed out recently to nearly three dozen dispensaries gave those landlords a two-week deadline to comply.

It’s troubling that the statute that prosecutors are basing this all on has been historically used to take property belonging to drug traffickers – not legally-operating business owners. The move is especially concerning because if it is widely successful here, there’s no question the federal government will begin applying it to enforcement in other states as well.

Another reason this method is likely to gain popularity is because when compared to a criminal prosecution, a civil forfeiture action is far less costly and burdensome on the Justice Department.

Having an experienced marijuana lawyer on your side is going to be critical to protecting not only your assets, but your rights.