Several news articles have reported that the recent federal crackdown on medical marijuana dispensaries in Los Angeles and statewide has led to record profits as prices soar.

This certainly isn’t positive for the users with medical problems who seek this treatment, but it is for the business owners who are risking prosecution to run their small businesses. Or is it? These businesses must remain nonprofit and this could be one more means of prosecution as both state and local government continue to talk out of both sides of their mouth. 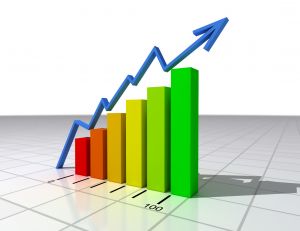 Yet, the actions of the federal government have caused that. Many dispensaries have been shut down because of threatening letters and calls directed at landlords who have rented to these businesses. In other cases, letters have been sent directly to the businesses themselves, threatening to bring them up on criminal charges, including money laundering charges, despite the fact that they are legally operating the businesses within thestate’s laws. It is a classic states v. federal argument that won’t go away any time soon.

Based on the increase in federal involvement in California, The Sacramento Bee reports, a pound of outdoor-grown marijuana is selling for 20 to 40 percent more than it has in the past, analysts say.

While prices have declined since 1996, when marijuana was legalized in the state, they have increased lately. The industry has had a black cloud launched over it by the feds, who have threatened prosecution. Some experts say growers have illegally shipped their product out of state to maximize profits.

Another story by California Watch reports that production levels have dropped this year. Part of the reason is because of rainy weather and a “bumper crop of mold,” some experts and analysts say.

Some growers began cutting down on production once the federal government swooped in and began making threats of criminal prosecution. Some decided to “lay low” and cut back on how much they were growing in order to avoid detection.

As like any other industry, a cut down in production meant an increase in prices. Where a pound of marijuana used to go for $1,000, it has recently been going for as much as $2,000 or $2,500 per pound. And the cost is being passed on to users.

The government took credit for an increase in prices, stating that the use of informants, wiretaps, undercover agents and an effort to intercept marijuana being sent through the mail has led to the market being “significantly disrupted.”

Some legal growers are upset that an increase in prices in California could end up benefiting illegal, black market growers and hurting those who are playing by the rules and obeying state laws. The bottom line is that if the feds are going to go after people for marijuana, it should be the illegal growers, not those who are following local laws in trying to run a legitimate business. And they certainly shouldn’t be prosecuting people with cancer and other serious illnesses who need marijuana for healing.