A federal judge has heard both sides of the argument on whether the Oakland-based Harborside Health Center – the largest medical marijuana dispensary in the U.S. – should be allowed to continue operating while it fights the federal government’s forfeiture action. 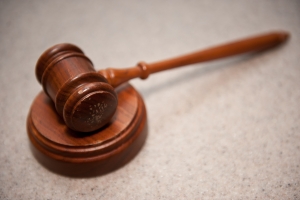 As we previously reported on our Cannabis Law Firm blog, a superior court judge has already ruled in favor of the dispensary, saying the landlord couldn’t be forced to evict the marijuana dispensary tenant simply because the operation violates federal law.

The only reason the landlord had sought in the first place to evict the dispensary, touted as a model operation in the medical marijuana community, was due to pressure from the federal government in the form of threats to seize the landlord’s property in a forfeiture. Federal prosecutors have not said that Harborside was violating any state laws, but rather, say the operation was “too big.”

In the federal case, the Chief Magistrate reportedly heard three motions on Dec. 20. Two of those were from Harborside’s landlords requesting federal authorities halt drug sales at the shop, and a third from Oakland city attorneys, asking the court to stay those motions and allow the club to continue operating while it fights the federal forfeiture action. (Oakland city attorneys had filed a lawsuit back in October on behalf of Harborside – which should shed some light on the kind of operation this is.)

Shutting down the operation would impact tens of thousands of people who depend on that facility to obtain their doctor-prescribed medicine. Plus, the city gets an estimated $1.5 million in tax revenue from the operation every year. It’s a symbiotic relationship that benefits everyone involved.

The U.S. Attorney’s Office, however, has termed it a marijuana “superstore” that crosses the line of intent of the 1996 state law that approved the legalization of marijuana for medicinal purposes.

The federal magistrate did not indicate when she would issue a ruling. As of early January, she still had not. However, she did indicate that it would be “soon,” and she told those in the courtroom that she fully understood the weight of the case, and intended to carefully consider it.

The executive director of Harborside told media members that the U.S. Attorney’s Office, rather than fighting the dispensary, should be studying it. The fact is, the center has been a model for legitimate and responsible distribution of the drug, he said.

In the last two years, the dispensary has had to contend with a number of challenges. First, banks were pressured to close its accounts and credit card processing services. Then, it was audited by the IRS, which demanded detailed records that were essentially impossible to maintain without a bank account. In the end, even though the IRS found their records to be fully accurate, they still slapped the organization with a $2.5 million tax bill, denying all deductions. Then, the operation was raided last July.

But the dispensary has continued fighting.

Our medical marijuana lawyers intend to continue doing the same.