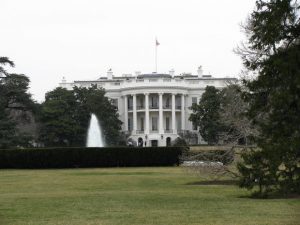 This is a big deal because even just a few years ago, marijuana legalization was seen as something of a fringe movement. Today, the latest Gallup poll revealed 6 in 10 Americans are in favor of legalizing marijuana for recreational purposes. That’s huge, particularly when we consider than in 2000, only 31 percent supported legalization. Take it back to 1969, and only 12 percent of voters were in favor of it.

The push to end marijuana prohibition is driven in no small part to the fact that over the course of the last few decades, the government has arrested many millions of people. Tens of thousands more have been sentenced to excessive imprisonment for marijuana crimes – despite the fact that their alleged offenses were not violent in nature. It’s also no secret that these policies have hit minority communities the hardest, as they are more likely to be targeted by police and less likely to be able to afford a good marijuana attorney to aid in their defense.

Meanwhile, state and federal governments have spent many billions of dollars on drug enforcement initiatives – money we now know for a fact could have been spent more effectively on services like substance abuse and mental health treatment.

Among the states that are weighing marijuana initiatives:

As it now stands, Colorado, Oregon, Washington, Alaska and the District of Columbia are the only areas where recreational marijuana is legal in the U.S. There are also 25 states that allow medical use to some extent. A few states not included in these figures allow limited access to certain marijuana products.

The passage of these measures – and the likely passage of those measures pending – will in all likelihood put increased pressure on federal authorities to alter how it treats marijuana. President Obama’s administration has issued a directive not to enforce federal anti-marijuana laws. But this arrangement is not only bizarre, it’s unsustainable. Marijuana businesses in these states may not need to worry about federal prosecution, but this conflicted legal status still poses a lot of trouble – from inability to maintain a company bank account to security.

Clinton has vowed to change marijuana from a Schedule I narcotic to a Schedule II. This would undoubtedly be an improvement, though it won’t solve all the contradictions between state and federal statutes on recreational marijuana. Trump, meanwhile, has indicated that while he supports access to medicinal marijuana, he opposes legalization for recreational purposes.