A former state senator who was instrumental in writing the 2003 SB 420 that defined how Los Angeles medical marijuana would be cultivated and dispensed now says it was never meant to be a non-profit venture.

Former State Sen. John Vasconcellos recently wrote a letter stating that lawmakers never intended for the medical marijuana industry to be stuck in a place where they couldn’t make money. The debate over medical marijuana is one in which many different interest groups have become involved, and among the major points by those opposed to the movement is that the industry shouldn’t be for-profit. 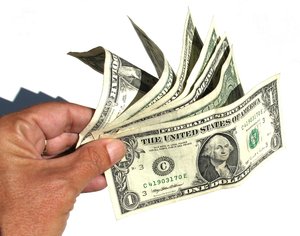 As pointed out in the letter, however, the legislative intent was not that medical marijuana dispensaries and collectives be restricted in this way. Los Angeles medical marijuana attorneys don’t think it makes sense to create an industry and then not allow businesses to make a profit.

While there has been much made about this issue, it is among the more minor problems that industry officials have been dealing with. Federal pressure has led to many dispensaries shutting down and local government leaders have been hesitant to extend permits and licensing to people in the industry as a result.

An LA Weekly article recently reported on the senator’s letter, stating that he wrote the letter intended to clarify the spirit of the law and what lawmakers hoped to accomplish by writing it seven years after citizens voted to allow the legalization of marijuana. He wrote that the bill wasn’t designed to “authorize any individual or group to cultivate or distribute marijuana for profit.”

The language wasn’t intended to specifically ban people from making a profit off of medical marijuana. He called the people who have harped on this point using a “marked misinterpretation of the language” to support their views. He said lawmakers from both sides of the aisle looked at all the arguments for and against making it a for-profit industry when writing up the law.

He said the law would have clearly stated that medical marijuana workers couldn’t make a profit if that were the intention of lawmakers. The matter of collectives and cooperatives are actually governed by a separate section of the law and it doesn’t mention profit or not-for-profit language at all. The area that has the language in question actually applies to activity of individual patients, caregivers and others who provide assistance to people who use medical marijuana.

It’s surprising that nine years after the law went into effect, lawmakers have stood by as this issue continues to be a problem in the industry. Perhaps it takes retiring to speak out against problems of a political nature.

But, the LA Weekly article says the point could be moot as cities and counties rush to ban pot shops even as industry leaders attempt to put together a ballot initiative that would help regulate the 16-year-old industry. Changes are moving fast and that’s even more of a reason to have legal representation. The voters want medical marijuana in California and our Los Angeles medical marijuana attorneys will fight for it.