A 43-year-old man from Los Angeles was arrested in New Jersey after he allegedly smoked marijuana on a flight from Florida to Newark, The Star-Ledger reports.

This has become a somewhat common problem for people who are licensed to use medical marijuana in Los Angeles because of various ailments. While they may be able to use this drug to help them in California, they can face legal trouble when traveling. 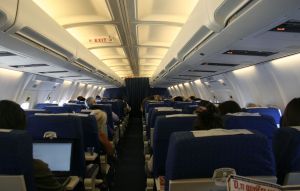 Our Los Angeles medical marijuana lawyers believe that everyone’s rights should be upheld in criminal proceedings that revolve around medical marijuana allegations. If people are arrested in other states and possess pills but have legal prescriptions, they don’t face scrutiny.

Medical marijuana is different and users understand that. In many cases, marijuana is less expensive and has fewer side effects than hardcore narcotic drugs. But prescription drugs are more acceptable in many communities and under the laws of other states, so there are fewer arrests when people abuse those substances.

On our Marijuana Lawyer Blog recently, we reported on the arrest of Los Angeles rapper Snoop Dogg, who was pulled over on a tour bus in Texas at the Mexico border.

In that case, he, too, has an official license to use marijuana in California. But because Texas has different laws — that don’t include using medical marijuana for patients — he was arrested. He now has pending charges in that state.

The man allegedly told police who met him inside the terminal gate that he is allowed to use marijuana for medical use. He then allegedly pulled out a pipe and a baggie of marijuana. Police then arrested him.

A spokesman for the port authority police told the newspaper that no smoking is allowed on any commercial flight, regardless of the reason. That is based on federal laws for flying.

The man now faces charges of possession of less than 50 grams of a controlled dangerous substance and possession of drug paraphernalia. The man was later released. The newspaper reported that efforts to reach the man were unsuccessful.

This is a problem that many Californians run into because marijuana is the drug they use to relieve pain from which they are suffering. While they could get prescriptions for more powerful and more dangerous drugs, they choose marijuana sometimes because it is cheaper and also because it is less damaging.

Despite this, sometimes people can be punished if they travel with the drug and attempt to use it in states where it isn’t allowable. This is the unfair truth about medical marijuana. Patients who are suffering from ailments must hide in order to use their pain killer while others can pop a pill without scrutiny or suspicious looks.