The town of Nipton, California is a small, unincorporated community in San Bernardino County bordering the Mojave National Preserve. An old cattle-loading and mining town, its population today fluctuates somewhere between 6 and 30. About three decades ago, a gold miner from Malibu purchased the ghost town. As The New York Times reported, the goal was to a community that could run on clean energy entirely of its own making. It was this foundation that recently attracted the business eye of a cannabis technology firm, which purchased the town for $5 million. 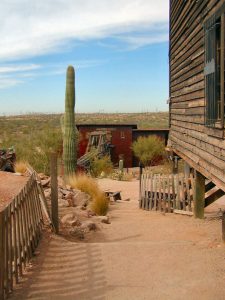 Now, owners of American Green Inc. say the goal is to turn the 80-acre community into an eco-tourism destination for conscious cannabis consumers. The fact that the city runs totally on a self-sufficient, off-the-grid energy system from a solar farm is likely to be attractive to many marijuana enthusiasts across the country. Already existing in the town is old western hotel, an RV park, a coffee shop and a handful of homes. American Green plans to expand the farm to manufacture and sell marijuana-infused water from the town’s aquifer. The company is also in talks with others in the marijuana industry business, in hopes of interesting them to relocate and bring more jobs to the tiny town.

As for whether it will be renamed, that’s not yet clear.

Such an undertaking is ambitious, to be sure. Since the passage of Proposition 64 last year, our Orange County marijuana lawyers have witnessed an influx of “ganjapreneurs” – entrepreneurs interested in getting in early to what is expected to be an explosive industry. While there is certainly money to be made on these ventures, it’s important that investors and business owners not get too far ahead of themselves. Consultation with an attorney experienced in marijuana business planning is essential – whether you’re buying an entire town or just a corner shop. There are still many legal pitfalls into which business owners could become ensnared.

Some of the common issues that must be addressed:

The federal government. Marijuana remains illegal under the Controlled Substances Act. Although the Obama administration eased its enforcement of these policies in states where the drug is illegal, the Trump administration – and U.S. Attorney General Jeff Sessions in particular – are planning to take a harder line. That could spell trouble for business owners – even those who operate within the confines of state law.

Banking. Although an increasing number of banks are willing to work with marijuana businesses, the potential threat of federal money laundering charges still looms. While there are some banking opportunities, less than 3 percent of the nation’s banks or credit unions serve cannabis clientele. Marijuana businesses that do establish a good banking relationship must have impeccable records and ensure their operations are totally in compliance with state laws and guidelines as laid forth by the Financial Crimes Enforcement Network.

Branding. This consideration is important for business, but also for legal purposes. You need to be extremely careful about how you brand and what you advertise. Failure to do so could result in unwanted attention from authorities.

If you are considering starting a marijuana business, our cannabis lawyers, with decades of experience, can help.