Another city is one step closer to keeping medical marijuana dispensaries out of its city limits. The Glendale City Council considered the permanent ban after it spent close to two years examining and studying their legal standing to do so.

Cities have continued attempts to shut down medical marijuana dispensaries, including five recent closures in Frenso that we reported on our Marijuana Lawyer Blog. 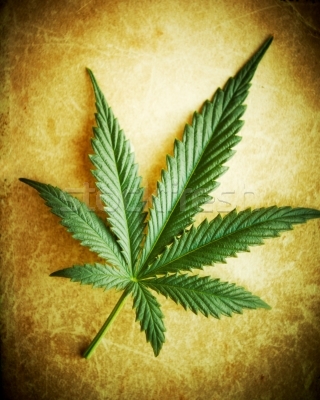 Our Los Angeles medical marijuana attorneys recognize the battle that these shops are up against.

Dispensaries are prohibited under a number of city zoning codes. In areas where they are permitted, they’re to follow strict guidelines. Other areas have proposed unfair taxes on these companies. Many of these businesses are physically unable to operate under these strict regulations, and that’s exactly the idea behind many city plans.

In Glendale, medical marijuana dispensaries are indeed prohibited under the city zoning code, according to Glendale News-Press. Back in 2009, the City Council decided to adopt a new moratorium that completely closed the city’s borders to marijuana shops so that the city’s attorneys could comb through the legal issues associated with a complete ban.

The 2009 moratorium is set to expire in September and no longer has the ability to be extended. This is exactly why police and city attorneys are recommending that the city enact a full-out ban. After all, they wouldn’t be the first city in California to do so.

Currently, there are zero dispensaries open in the Glendale city limits, but interest in the area for future operations has increased over the past few years. Glendale has been considered a virtual island in the Greater Los Angeles area. There were 187 dispensary shops that registered to continue operations when the Los Angeles City Council approved a moratorium back in 2007.

“I’m against dispensaries in Glendale,” Councilman Ara Najarian said. “I wish we could go outside our buffers and create a buffer zone as well.”

City officials are anticipating a decision by a state appellate court regarding Anaheim’s ban on marijuana dispensaries to provide firm legal precedent with the motion.

“We know that the legal landscape is continuing to evolve; however, review of the cases to date help support the recommendation that we are making,” said Carmen Merino, general counsel for the Police Department.

Many anti-cannabis groups continue to read through faulty facts that claim dispensaries come with an increase in illegal drug sales, vandalism, burglaries and other criminal behaviors. In fact, the San Diego County Sheriff’s Department or the San Diego Police Department have produced official documented reports on medical marijuana facilities and their correlation with crime. They have both shown that there has been absolutely no correlation between the two, according to the Imperial Beach Patch.

“It’s illegal under state law to ban outright this kind of activity,” said Kris Hermes, a spokesman for the medical marijuana advocacy group Americans for Safe Access. “Local governments should feel an obligation to address the needs of patients in their community and be able to regulate activity that is shown to be lawful under state law.”

As a matter of fact, Hermes cites interviews with public safety officials in cities where the dispensaries are allowed regulated that concluded that crime has absolutely nothing to do with these shops. If fact, they help to lower crime rates.

“These are public officials that are talking to us on the record. They’ve found that crime actually decreases around these facilities,” he said.

Council to ponder pot dispensary ban, by Melanie Hicken, Glendale News-Press
An Analysis of Crime and Marijuana in and Near Imperial Beach, by By Esther Rubio-Sheffrey, Imperial Beach Patch
More Blog Entries: