This past weekend, Miss California Alyssa Campanella was crowned as 2011 “Miss USA.” What surprised audiences wasn’t her stunning beauty or her glitz and glamor on the stage, rather it was her answer to one specific question that raised some eyebrows.

During the question-and-answer part of the competition, Miss California was asked about the legalization of marijuana in Los Angeles and elsewhere throughout the United States and her perspective on the medicinal cannabis. 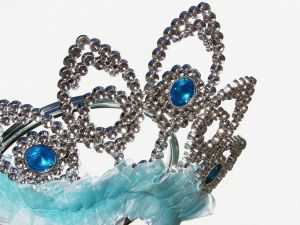 Our Los Angeles medical marijuana attorneys understand the popularity of this debate. It seems that everyone, including Miss America, has something to say about the topic. As you can see, the topic is so prevalent in American culture that it was used as a question during the award show.

“Well, I understand why that question would be asked, especially with today’s economy, but I also understand that medical marijuana is very important to help those who need it medically,” she said. “I’m not sure if it should be legalized, if it would really affect, with the drug war. I mean, it’s abused today, unfortunately, so that’s the only reason why I would kind of be a little bit against it, but medically it’s OK.”

This particular question and response bit has been seen by more people that actually watched the pageant, according to The 420 Times. That’s what type of reaction our country gives to this issue. Many marijuana advocates offer a big high-five to the young Miss America saying that this girl somewhat understands the battle that these patients are going through, regardless of her lack of life experience. Some even say it’s because she from California.

Some are hesitant to reward her full answer as she made references to the substance being “abused” and to it being involved in “drug wars.”

You can see Miss California Alyssa Campanella, now 2011 Miss USA, submit her answer regarding medical marijuana for yourself, if you haven’t already.

The U.S. Government Accountability Office (GAO) recorded that these symptoms or conditions requiring the use of medicinal marijuana under Appendix IV of their 2002 report, “Descriptions of Allowable Conditions under State Medical Marijuana Laws“:

-Alzheimer’s Disease
-Anorexia
-AIDS
-Arthritis
-Cachexia
-Cancer
-Crohn’s Disease
-Epilepsy
-Glaucoma
-HIV
-Migraine
-Multiple Sclerosis
-Nausea
-Pain
-Spasticity
-Wasting Syndrome
Cannabis has been used for a number of medicinal purposes for a quite some time now, throughout the entire world. It has been used in a variety of medicines in the U.S. until the 1940s. It was previously referred to the best treatment for migraine headaches in the 1800s by Dr, William Osler, the father of modern medicine.

The rights of patients that use this healing drug are being stripped from them from every direction. It is important for us as residents of the United States and as active members in the medical community to stand for and protect what little rights we have left. This drug is important for the cure and healing of a number of conditions and it is no one’s right to take these away.

“It is extraordinarily safe — safer than most medicines prescribed every day. If marijuana were a new discovery rather than a well-known substance carrying cultural and political baggage, it would be hailed as a wonder drug,” says Lester Grinspoon, MD, Emeritus Professor of Psychiatry at Harvard Medical School.

Government Fails to Reclassify Medical Marijuana in Los Angeles as it Remains in Heroin Category, Marijuana Lawyer Blog, May 20, 2011