The U.S. Court of Appeals for the District of Colombia Circuit was handed a lawsuit yesterday from a coalition of advocacy groups and patients. The suit demanded that the Obama Administration recognize and react to a petition, now 9-years-old, that would have marijuana rescheduled under the Controlled Substance Act (CSA). Many believe that marijuana falls into the wrong category in this classification system. 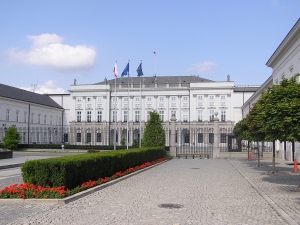 The favor of ruling would reclassify medical marijuana in Los Angeles and elsewhere under federal law. Advocates are looking to eliminate differences in the state and federal laws.

Oftentimes federal law and state law conflict in medical marijuana cases. Our Los Angeles medical marijuana attorneys understand that various classifications of drugs come with different penalties if convicted of use or possession. Marijuana currently rests with drugs of a much higher class, such as cocaine and heroin. Meanwhile, it has been legalized for medical purposes in more than a dozen states and possession is typically a misdemeanor under various state laws.

In an effort to even out the playing field, Washington Governor Chris Gregoire suggests that states that currently allow medical marijuana request that the federal government reclassify the drug. If the Court of Appeals does indeed grant his request, other states that currently allow medical marijuana would be able to request the same.

The Coalition for Rescheduling Cannabis (CRC) would like federal courts to reflect that marijuana no longer satisfies the requirements of a Schedule I prohibited substance. They are urging that federal law reclassified the drug.

“Marijuana has accepted medical use in the United States, it has a lower abuse potential than drugs like heroin, methamphetamine, and cocaine, and it is safe for use under medical supervision. All of these characteristics are well-documented scientifically and legally. Federal law requires the Obama Administration to reclassify marijuana,” said According to Jon Gettman, coordinator of the CRC.

“The federal government’s strategy has been delay, delay, delay,” said Joe Elford, Chief Counsel of ASA and lead counsel on the writ. “It is far past time for the government to answer our rescheduling petition, but unfortunately we’ve been forced to go to court in order to get resolution.” The writ of mandamus filed accuses the government of unreasonable delay in violation of the Administrative Procedures Act.

Marijuana’s medical use is now accepted by 16 states:

“The Obama Administration’s refusal to act on this petition is an irresponsible stalling tactic; it denies us due process under the law and, more shamefully, it continues to deny countless patients a chance to use current law to seek legal access to marijuana for medical use,” said Gettman.

Currently, the CSA classifies drugs into various schedules. Marijuana is currently considered a Schedule I substance. This means that is has a high potential for abuse, has no currently accepted medical use in the United States and has a a lack of accepted safety for use under medical supervision.