California music icon Snoop Dogg was recently arrested by border patrol agents in Texas after marijuana was found by a drug-sniffing dog on his tour bus, the New York Daily News is reporting.

The 40-year-old, whose real name is Calvin Cordozar Broadus Jr., told authorities that the marijuana belonged to him. While he has a prescription to possess medical marijuana in Los Angeles, Texas officials say they have a zero tolerance policy in that state. 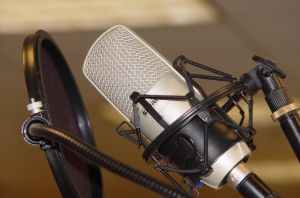 Our Los Angeles medical marijuana lawyers have seen this problem time and time again and there is not a good answer. For patients who require medical marijuana to ease the pain of cancer and other serious ailments, traveling out of state can be a difficult situation. We recently reported the case of a woman whose medical marijuana was seized by TSA agents, though she was allowed to proceed.

In Snoop Dogg’s case, he was pulled over during the weekend in a small Texas border town called Sierra Blanca, the New York Daily News is reporting. According to sources, authorities found a half ounce of marijuana and several joints inside a prescription bottle that was in a trash can in the back of the bus.

In Texas, there is a zero tolerance policy in place for people who are found to have been in possession of drugs, even such a small amount. Given the minor amount, he was issued a citation for misdemeanor drug possession and he was released by authorities.

The rapper has gotten in trouble with the law before for his use of marijuana. In 1998, 2001, twice in 2006 and 2007, he has been arrested for marijuana possession. Mr. Dogg has made a career off lyrics that highlight his use of the drug.

Cases like this go to show the unfair treatment medical marijuana gets in other states compared to others types of painkillers. If a person shows an officer their prescription for Oxycodone or Percocet, the officer in most cases would simply let the person go on their way.

But because of the stigma involved with medical marijuana, law enforcement treats it not as a prescribed drug, but as an illegal drug. Yet, people illegally abuse prescription drugs all the time. In fact, it has become a major epidemic in this country — people convincing doctors through fake pain that they require heavy dosages of prescription drugs. In many cases, the doctors are involved in the scheme by working with distributors to profit off of this illegal act.

And yet people who simply use marijuana as a pain killer are being arrested out-of-state for trying to ease their pain. Sadly, there are few ways around these charges. Most law enforcement aren’t going to turn away from their state’s law for another’s state’s law. It’s just not going to happen. Medical marijuana patients must be diligent in avoiding these types of charges.