California voters will have a chance to legalize marijuana for adult use, and this includes using marijuana for recreational purposes.  If this legalization of marijuana in California does occur, it will be accomplished through a ballot measure known as the Adult Use of Marijuana Act (AUMA).  This ballot measure was put on the ballot as result of the drafters and proponents getting enough signatures to allow the measure a chance of being passed via direct voter action. 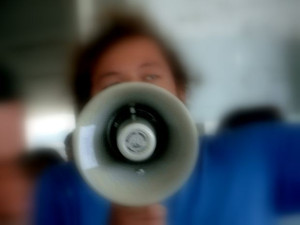 There are nearly 2.5 million registered democrats in Los Angeles County and if a large portion of these voters support the ballot initiative, it will greatly increase the chance of the measure passing into law at the polls this November.

There are variety of reasons the local Democratic organization says it is supporting the Adult Use of Marijuana Act.  One of these reasons is that there are many low income residents in the City of Los Angeles, and the prohibition of the use of marijuana, much like the war on drugs in general, has had a disproportionately harsh effect on many of these lower income residents than wealthier residents in other counties across that state and other cities across the nation.

In addition to helping what the organization calls communities of color avoid the harsh effects of unfair and unequal prison sentences, it will also provide a source of revenue to aid these communities through the taxation and regulation of recreational marijuana.  It should be noted that the Adult Use of Marijuana Act was not haphazardly thrown together, but rather a lot of thought and effort was put into it to prevent children from getting their hands of cannabis and cannabis products.  There is also a warning label requirement and prohibition on marketing any cannabis products to teens or younger children.  These restrictions and guidelines are considered stricter than any other warning requirements and marketing laws used throughout the nation in the roughly half of all states and the District of Columbia where medical marijuana or recreational marijuana are legalized in some form or another.

If the Adult Use of Marijuana Act passes on the ballot this coming November, and there is a decent chance that it will, there will be a lot of money to be made in the cannabis business in Los Angeles.  However, medical cannabis or recreational cannabis is still illegal under federal law as marijuana is listing on Schedule I of the United States Controlled Substances Act (USCA) of 1970.  This means that there are still ways to get into trouble in the marijuana industry, and before you spend any substantial amount of money on your new business venture, you should speak with an experienced Orange County medical cannabis lawyer to make sure you are staying within the bounds of the law.