The Rand Corp has removed a study from its website just weeks after the published report found less crime in areas around pot clinics and an increase in crime when medical marijuana dispensaries were forced to close.

As our L.A. marijuana dispensary defense attorneys recently reported, the Rand Corp. published a study that found crime rates near dispensaries increased after dispensaries were forced to close. 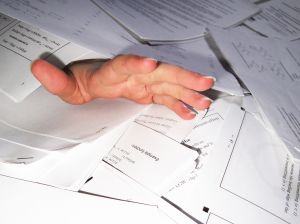 The study looked at more than 600 dispensaries in Los Angeles County — including more than 400 that had been forced to close. It found less crime in the vicinity of dispensaries and an increase in crime after store closure.

Dispensary crime in Los Angeles is a hot topic; to hear the sheriff or members of city council tell it they are in a war against a crime wave surrounding the whole medical marijuana industry. Never mind the fact that voters approved medical marijuana as a means of reducing crime and the influence of street gangs.

The Santa-Monica-based think tank said it decided to remove the study from circulation until it could conduct a thorough review; the report was slammed by Los Angeles city attorneys, who it should be noted have been wrong about medical marijuana rights in California at almost every turn.

The report compared crime 10 days before the Los Angeles medical marijuana ordinance took effect in June 2010 with the crime rate 10 days after some 400 dispensaries the city decided were illegal had been shut down.

It found a 59 percent increase in crime around the closed dispensaries. While acknowledging the study had a large margin of error, the organization said the increase in crime rate was definitive — at between 5 percent and 114 percent.

Researchers had suggested dispensaries decreased crime because of the increase in police presence and pedestrian traffic and because of the presence of security cameras, among other factors.

The city claims data from the Los Angeles Police Department was not used, and that data was available for other crimes than those tracked.

Los Angeles City officials have been the study’s harshest and apparently only critic.

“I’m unaware of anyone else who’s been so pointed in their criticism,” said a spokesman for Rand.

We guess if you don’t like the facts, changing reality is an option in this case.