Banks are now being victimized in the fight against medical marijuana in Los Angeles and elsewhere. Chase bank was recently instructed by the federal government to evict Marin Alliance for Medical Marijuana, according to ABC News. The banks are being targeted because they hold the mortgages for many clinics in the area. Feds know that without these banks, they may not be able to survive. By cutting off their resources, the feds are hoping to shut down dispensaries easier and sooner. Many of these letters make threats to the banks saying that if they don’t shut down these operations then they would face criminal action. 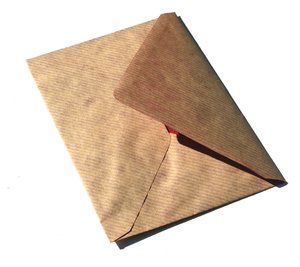 As we’ve recently reported on our Marijuana Lawyer Blog, the federal government is kicking its enforcement efforts into high gear in an attempt to put an end to medical marijuana throughout the country. This is news that threatens a large number of residents in California, both for workers and users. This enforcement effort includes threatening letters, lawsuits and criminal drug trafficking enforcement. The enforcement against medical marijuana is starting in California, hoping to make an example for the rest of the country.

If you are the owner of a medical marijuana dispensary in California, you’re urged to contact an attorney to help you to prepare for the battle. The federal government is already playing dirty and using some serious scare tactics to force companies into submission. Medical marijuana was legalized in California in 1996. Since then 15 other states have followed in our footsteps and it’s no time to give in. We need to stand together and stand strong against the federal government. Medical marijuana is a treatment that many of our residents rely on to help regulate serious diseases, illnesses and conditions. It’s their right to treatment and we need to fight for the health of the state.

U.S. attorneys for Los Angeles, San Francisco, Sacramento and San Diego have already taken action against nearly 20 medical marijuana dispensaries in their federal districts. Reports indicate that the enforcement will land solely on the distributors and providers and not on the patients. However, cutting off patients’ supply to their medicine will directly affect our ill residents.

“This destructive attack on medical marijuana patients is a waste of limited law enforcement resources and will cost the state millions in tax revenue and harm countless lives,” said California Assemblyman Tom Ammiano.

Many marijuana advocates are calling on President Obama to stop the games. California should be able to provide medicine to deserving patients. That was how the Obama Administration used to think as they made a previous statement to respect state laws governing medical marijuana. That idea’s been tossed out the window and the administration is going back on its promises.

The federal government will start its battle in California and warns that other states should pay attention.

Cities that are already feeling the effect of the federal government’s enforcement: