Two lawsuits against the City of Costa Mesa, filed in Orange County Superior Court, alleges the city blocked a special election on a medical marijuana initiative for purely political reasons, violating state election law. City officials counter they were guided in their actions by the California Constitution, which would supersede election statutes. 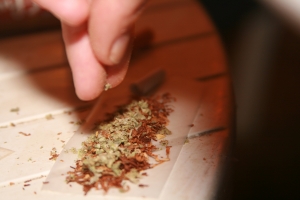 Although access to medical marijuana was approved by California voters in the late 1990s, individual municipalities throughout the state have enacted ordinances that bar shops from opening in their districts. Costa Mesa was one of those.

The dispute centers on two different medical marijuana initiatives that were certified by the city clerk in October. Certification meant the two proposals had garnered enough signatures from registered voters – at least 15 percent. It also required the city to either approve and adopt the measures, or to initiate a special election to give voters the opportunity to decide. A special election, per local ordinance, would have to be held within 103 days of the decision, which would mean it should have been held sometime this month.

Instead, the council choose to delay the vote until Nov. 2016. This was reportedly done on the advice of the city’s legal counsel, on the grounds both measures seek the imposition of a new sales tax (on marijuana). The city cited Proposition 218, which indicates local governments can’t impose or increase any general tax until that tax is first put to a vote before the general electorate and approved by the majority during a regularly-scheduled election.

In the meantime, the city has introduced its own proposal. Plaintiffs for both lawsuits were the authors of the initial ballot proposals. When the city first announced it would introduce its own measure, plaintiffs said they wouldn’t pursue further action so long as they agreed with the city’s proposal. Their primary goal, they said, was ensuring medical marijuana in Costa Mesa would be accessible to those who needed it.

However, now they are arguing now that Proposition 218 is not applicable in this case. The law states “local governments can’t impose.” However, plaintiffs say they aren’t “local government,” and it would be the choice of the people whether to impose the tax.

Although the city attorney declined comment on pending litigation, he did say the city’s legal conundrum is “unusual.” In fact, he went so far as to characterize it as “largely unprecedented.”

Neither pending lawsuit asks for compensatory damages, aside from court and attorneys’ fees. Primarily, plaintiffs are interested in getting the ballot initiatives to the voters as soon as possible.

Council members echoed the sentiment that if a judge orders the city to do so, it will initiate a special election. However, they fear that to take action sooner would be a violation of state law.

They also indicated that they have not given up on the idea of their own proposed ordinance, though it wouldn’t be introduced any sooner than the November 2016 election. In that case, it would compete with the other two initiatives.

Of the two proposals made thus far, both would impose a 6 percent tax on dispensaries. One of those would initiate an additional 1 percent sales tax on the sale of any other tangible personal property at those retail locations. This would most likely involve taxing items related to marijuana use.