The 2018 Farm Bill left no question as to the legality of hemp when it removed the crop – and its derivatives like CBD – from the definition of “marijuana” as listed within the U.S. Controlled Substances Act. The measure gave the U.S. Department of Agriculture regulatory authority over how hemp could be grown under federal guidelines. That said, states were given the option to assert primary regulatory authority over hemp growth and production inside its own borders. States that wanted to do this needed to submit plans to the USDA. 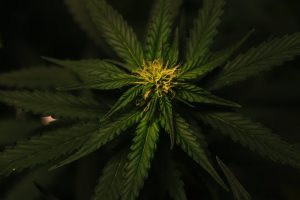 Although states weren’t given a strict deadline for submission of their own plans, it was noted in USDA interim rules that previous federal statute governing cultivation of hemp (the 2014 Farm Bill) expires at the end of October. That means hemp industry insiders in states that don’t turn in their hemp cultivation and production plans prior to Oct. 31, 2020 may have issues if their practices are not consistent with federal law.

As a longtime Los Angeles CBD lawyer, I have been closely watching these developments in California. In 2019, state lawmakers passed SB-153, a measure that required the state’s attorney general and department of food and agriculture to team up and put forth a hemp production plan to the federal agriculture department by no later than May 2020. However, that did not happen. According to the USDA, the feds are still waiting on California’s plan.

The California Department of Food and Agriculture reports that the state is “in the process of developing a state plan.” The agency further asserts that for this reason,growers of hemp in California aren’t subject to federal hemp-growing rules. However, hemp growers in states that don’t have a regulatory plan that has been approved or is pending can apply for a hemp production license from the USADA. The state department says that while its regulatory plan for hemp growing and production was finished prior to the May deadline, the law necessitates it be submitted, reviewed and approved by both the state attorney general’s office and the governor’s office. That is what the agency’s waiting on right now, and the plan has (understandably) been dealing with much else in the midst of the pandemic.

That sort of leaves the state’s hemp industry in limbo. When the 2014 Farm Bill expires, hemp cultivators in California may need to apply for federal licensing. Consulting with an experienced Los Angeles hemp cultivation attorney is a smart idea to ensure you are ahead of the curve no matter how this unfolds. It should be noted that regardless of any federal requirements, all hemp growers in this state must comply with existing California laws and regulations, as well as any applicable local restrictions.

Currently, there are no state law restrictions specific to the importation of industrial hemp seeds and plants into the state, though imports may be subject to agricultural inspection. However, if you’re importing seeds internationally, that is restricted by the USDA’s list of requirements.

As far as transport of hemp, oil, seed, fiber, cake or any compound of hemp, registrants should have ready an original report of the lab testing. Drivers are also subject to local law enforcement and state DMV rules.