Los Angeles Marijuana DUI Lawyers have been closely following the developments out of Colorado, where lawmakers had been debating whether to impose a legal limit to how much THC a person could have in his or her system before getting behind the wheel. 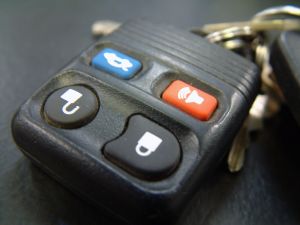 Here, marijuana DUI is covered under California Vehicle Code Section 23152. Basically what that says is that you can’t drive under the influence of alcohol or drugs.

However, proving that you are is a different matter, particularly when it comes to medical marijuana, as the drug stays in your system for days if not weeks after consumption.

Given that several other states that have legalized medical marijuana have actually been successful in passing measures like the one being debated in Colorado, it would behoove supporters of medicinal marijuana to be aware that similar legislation could be introduced here.

Thankfully, the measure in Colorado was voted down. It was the third time the issue came before the legislature there, and it likely won’t be the last time.

Here’s what it would have proposed:

That anyone caught driving with more than 5 nanograms of marijuana in their blood stream could be convicted of a marijuana DUI. It seems very straightforward, and of course, law makers do have a legitimate interest in promoting public safety.

But here’s the thing: Not only would this measure have been redundant and unnecessary, it would have actually increased the likelihood that innocent people would be serving jail time. Plus, it would not have made the roadways any safer.

To explain this a little further, you have to first understand how marijuana affects the system, versus alcohol.

When a person consumes alcohol, that substance remains in his or her body for about 24 hours, if that. Then it’s gone. So that means that if someone is found to have a blood alcohol level that is over a certain percentage (in most cases, 0.08 percent), that person is deemed to be impaired, and it’s pretty safe to say he or she recently consumed alcohol.

Marijuana, though, is different. It remains in your system for days or weeks. And what’s more, someone who uses it for medicinal purposes could have a very high blood content of THC – and yet wouldn’t be impaired whatsoever. What’s more, police would be compelled to arrest a person even if he or she showed no signs of impairment.

State law already expressly forbid driving while impaired. It was just that the threshold for what constitutes impairment was more subjective than scientific. It remains so in Los Angeles.

This bill made no sense. Thankfully, it did not pass – but just barely. Apparently, the vote was tied in a nail-biting 17-17 split. The tie-breaker, who had intended to vote to pass the bill, happened to be out of town and unavailable to cast her ballot.