A former Los Angeles County Sheriff’s Department official who was fired for her husband’s connection to a legal marijuana dispensary is filing suit against her former boss. 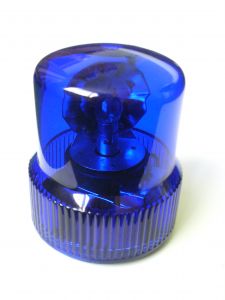 Our Los Angeles marijuana lawyers understand that although the sheriff’s department alleges this was primarily an issue of an employee concealing a relevant fact, the truth of the matter is the sheriff personally – and quite vocally – disagrees with the legal profession of an employee’s spouse.

The lawsuit, filed Feb. 8 in U.S. District Court, contends this was the sole basis for the firing, and as such, it was unlawful.

Essentially, the sheriff’s office said that if the employee in question (a development director for the agency’s youth charity foundation) was married to a marijuana dispensary owner, she couldn’t be employed by the sheriff’s office. Yet, there is no internal policy explicitly stating this. What’s more, the dispensing of marijuana is a legal occupation under state law.

This specific dispensary, in Marina Del Rey, was properly permitted and legally operated. No wrongdoing is alleged here by either the husband or wife.

In fact, this particular employee had no previous disciplinary action taken against her in all her time serving in her position and had even been described by an agency spokesman as a stellar employee.

Sheriff Lee Baca has been an outspoken critic of marijuana dispensaries, despite ample evidence showing that such operations provide an invaluable service to patients. Yet Baca has been quoted as saying that dispensaries had been “hijacked” by criminals in order to make money and procure illicit drugs.

Just prior to the revelation that the owner of this dispensary was married to a sheriff’s office employee, the dispensary was raided by federal authorities per several warrants. However, despite the seizure of several items from the primary location, no arrests were made. Further officials have given no indication that the wife of the dispensary owner is under any suspicion of wrongdoing whatsoever.

In fact, she had worked for the agency for more than a decade, racking up more than 60 hours each week in 2011 and earning an annual salary of nearly $104,000. Yet law enforcement officials have attempted to downplay her role in the charity, saying she was really just an “assistant to a sergeant.”

As we said in our Jan. 17, 2013 marijuana blog entry, it would appear the grounds for an employment discrimination lawsuit in this case would be ample.

Marijuana dispensary owners, patients, growers and their families should never be treated as second-class citizens.