Our Los Angeles medical marijuana attorneys frequently report when our L.A. politicians act before they think. And we are never short of opportunities — particularly when it comes to their knee-jerk reactions over medical marijuana, which has apparently become the only pressing issue in the city they care to address.

As the Sacramento Bee reports, the Union of Medical Marijuana Patients has filed a legal challenge in Los Angeles Superior Court. The case challenges the Los Angeles medical marijuana ordinance based on the fact that the city failed to do an environmental impact report. 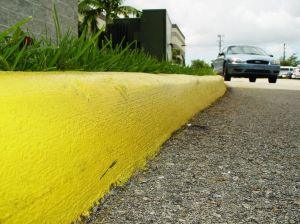 “The City is compelled to consider the results of this dramatic change to the neighborhoods of the surviving patient associations or collectives, including a potential increase in traffic, parking, noise, air and water pollution, land use, utilities, and many other factors,” Director James Shaw wrote.

The agency notes the ordinance, which council passed in January 2010, was so legally dubious that a judge placed a hold on its implementation and the city has repeatedly amended it in an effort to survive 57 lawsuits. Shaw said an environmental impact study needs to be done regarding the reduction in the number of dispensaries from more than 400 to less than 100. To say nothing of the fact that most of the remaining 100 will have to move.

“The 75 percent reduction in available locations means, just to give one example, that cultivation has to be quadrupled at the 100 remaining collectives, which would need to use a lot more electricity and water and dispose of additional waste water and plant matter,” the complaint states.

Shaw said about 100,000 medical marijuana patients rely on the medicine in Los Angeles. The ordinance will result in a tremendous disruption in service and undue travel. He said a prohibition that would require dispensaries to locate at least 1,000 feet from schools, libraries, parks and child care facilities means most would have to located in distant industrial and rural areas. Such a move would create “a tremendous hardship on the most seriously ill.”

He also disputes the oft-spouted analogy of regulating liquor stores — noting there are more than 3,400 liquor stores in the city — or 34 times the number of medical marijuana dispensaries.