At a time when arrests for many other types of arrests are down, those for simple misdemeanor possession of marijuana have skyrocketed over the last decade, according to the California Department of Corrections and Rehabilitation. 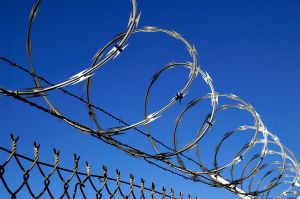 In fact, the number of people arrested for marijuana in California doubled from about 28,000 annually back in 1990 to nearly 55,000 in 2010. It comprised about 8 percent of all drug arrests in the early 1990s, whereas it makes up about 30 percent of California drug arrests today.

Some of this may in no small part be due to the rise of the private prison.

Between 1999 and 2010, the total U.S. prison population spiked by nearly 18 percent. This increase is largely a reflection of the so-called “drug war,” that includes tough sentencing guidelines like hard-line mandatory minimums and three-strikes laws.

During this same time frame, the number of private prisons has exploded. In the federal sector, it’s grown by 785 percent. On the state level, it’s grown by about 40 percent.

Our Los Angeles marijuana lawyers do not believe the rise in marijuana arrests and the rise of private prisons to be coincidental. These companies claim that they are able to run prisons at a lower cost to taxpayers. This has not been backed up with definitive numbers, but the bigger issue as far as we’re concerned is whether they can offer the same level of fairness. We believe the answer is no.

In a for-profit system, inmates are no longer citizens who are paying a debt to society, but commodities that must be cultivated for a profit.

One need only see the 20-year management contracts extended by Correction Corporation of America to those in 48 states (including California): the firm would purchase and manage the jails in that time frame, but the state had to promise to keep those jails at least 90 percent full.

What this means is there is a clear incentive for local law enforcement to boost incarceration rates. So the number of inmates grows, even though crime has not actually increased. Low-level marijuana offenders are often viewed as easy targets.

In CCA’s 2010 Annual Report, the company indicated that its demand for services could be harmed if law enforcement relaxed its efforts or if judges exercised leniency in convictions, sentencing or parole practices or if there were efforts to decriminalize certain activities. The most obvious decriminalization effort of late involves marijuana.

A 25-page study produced by the non-profit Sentencing Project found that on average, the CCA has forked over about $150,000 annually for the last dozen years to lobby the governor, the legislature, the state Department of Corrections, the Legislative Analyst’s Office, the Department of Finance, the Youth and Adult Correctional Agency, the Department of General Services and the Office of Planning and Research. California has received more lobbying funds than any other state from this entity, and about 70 percent of that money goes toward conservative, anti-marijuana candidates and allies.

The study concluded that even if these private prisons could offer lower cost services, as they say, the success usually comes at the detriment of other services – not to mention justice.