A firestorm was kicked up several weeks ago when it was revealed that the Internal Revenue Service was systematically targeting conservative groups, particularly those affiliated with the tea party. 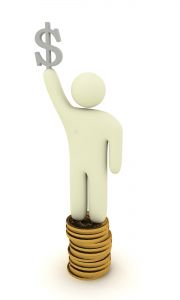 However, our Los Angeles marijuana lawyers know that the tea party isn’t alone. Specifically, the IRS has been homing in on medical marijuana facilities for the last several years. The agency has been heavily relying on a little-known statute that gives the agency some powers that legislators never expressly intended.

Essentially, the agency has become a sort of mini-justice department. It has become an arm of the real Department of Justice due to the fact that it is wielding the federal tax code as a weapon in the war that’s been waged against medical marijuana – a war with which California dispensaries are all too familiar.

This is all the more troubling in light of the fact that most Americans favor the legalization of marijuana, particularly for medicinal purposes. Already 18 states as well as the District of Columbia have legalized it for that reason, and 12 more are considering following suit. It is not the will of the people that these entities be closed in on in a way that makes it virtually impossible for them to operate without fear of severe criminal or civil sanctions.

But that’s exactly what the IRS is trying to effect, with the application of IRS Code Section 280E, which governs expenditures in connection with the illegal sale of drugs. This was a law that was passed back in 1982, following a case involving a violent and wealthy illegal drug dealer who attempted to claim that his purchases of weapons and his yacht were legitimate business expenses for which he should receive an exemption. That was a long time before medical marijuana was legalized in California back in 1996, and there was little indication at the time that such a move would happen anytime soon.

So there is little doubt that this law was not passed with medical marijuana facilities in mind. And yet, this is how it’s being applied, even when facilities are compliant with state laws. The operations of illicit drug dealers were never permitted under state law.

Section 280E forbids entities from claiming deductions that incurred during trafficking of controlled substances. So unlike a lot of other small businesses, marijuana dispensaries aren’t allowed to deduct things like payroll, advertising or the cost of rent. These stores generally aren’t highly profitable as it is. What’s happening is that the IRS is effectively taxing them out of business – which is no doubt the intention.

This is the same section under which numerous dispensaries have become the subject of intensive IRS audits.

The IRS defends itself by pointing to a memo sent to Congress back in 2010 that indicates that neither the Controlled Substances Act nor Section 280E provide for any type of exception for medical marijuana providers.

A large number of dispensaries that have been audited have received demands for millions of dollars in back taxes – expenses they can’t afford, meaning they are forced to close.

This was never the intention of the original law.

Those dispensaries facing an audit should seek immediate counsel from an experienced team of marijuana lawyers.