One of the positive consequences of legalization is the eradication of the black market. Reduced crime rates, taxes on once prohibited products, and transparency in the law can smooth regulatory practices and reduce risks. Despite legalization in Colorado, recent reports indicate that a black market for marijuana still exists. Even though many industry leaders have forged ahead with dispensaries, bed and breakfasts, and mobile apps, there remains an underground market of drug sales. 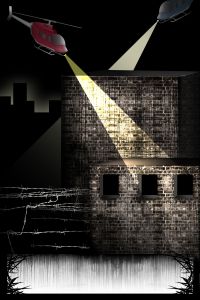 Colorado has allowed medical marijuana since 2000, permitting growers to cultivate 16 doctor-prescribed plants. Owners of the card are not able to sell what they cannot consume or to have a second operation. Still there are underground shops and sales throughout Colorado. Our Orange County marijuana defense attorneys are dedicated to protecting the rights of dispensary owners as well as individuals who use medical marijuana. In the event of a state or federal investigation, we are able to protect your rights to prevent liability. Understanding the complexities of marijuana law, our lawyers remain abreast of the changing legal landscape in California and nationwide.

Legalization of marijuana is intended to reduce criminal liability, minimize crime arising from a black market, and make marijuana accessible to users. Despite permissible, yet regulated pot sales in Colorado, individual growers are still in violation of the law, illegally growing weed and flipping it for a price to middlemen who can sell it on the black market. In many cases, these growers are operating half in compliance and then sometimes illegally. In the event of a state or federal criminal investigation, penalties could be severe. These growers, distributers, and traffickers can still be held liable under federal law.

Despite the legalization for recreational or medicinal purposes, the underground market of the pot trade continues. Some law enforcement officials have reported that the black market is even stronger than it was prior to legalization. One of the reasons is that Colorado continues to have a high demand for pot, among locals as well as pot tourists. Analysts predicted that the black market undercurrent would continue despite legalization and some expect it continue so long as other states are turning to Colorado for their share.

The state believes that the black market is temporary, believing that the market rates will adjust to the demand. As prices fall, fewer smokers will turn to the black market, so they say. Still, the high rate of taxation can make the black market tempting to buyers, especially those who cannot afford the over 30% tax at retail price.