One of the most interesting shifts in the marijuana industry is from recreational “smokable” products to recreational food products. In Washington and Colorado where recreational marijuana is legal, entrepreneurs are seeking new ways to package and distribute cannabis, including food products. In addition to sweets, including brownies and cakes, known “marijuana foodies” are experimenting with a wide variety of dishes, including a steak with pot-infused brandy and other fine foods. But what are the limits of such food experiments? Where are they legal and how will the use play out in the restaurant industry? 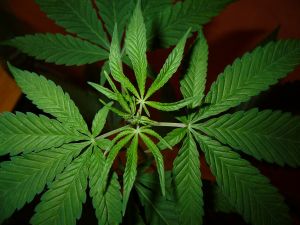 Recently, in Colorado, marijuana enthusiasts paid $250 for a weekend celebration of pot and food items, according to reports. And yet, the city and state have continued to prohibit any “open or public” use of the drug. This means that restaurants or events, even those who are licensed, may be limited to how they can use the drug. The limitation on open and public use places a clear restriction on the use and distribution of pot in restaurants. Is there still a future for the industry?

New marijuana laws in Colorado, Washington, and nationwide, mean a changing legal landscape and much uncharted territory. As entrepreneurs and enthusiasts expand beyond traditional means of using and distributing pot, they will also have to be aware of the legal limitations and regulations. On the other hand, pushing the envelope and raising voter and legislative support for certain activities could mean regulatory change in the future.

Even though foodies are unable to sell their products in public, many are profiting from the creation of marijuana cookbooks, frozen foods, and other takeout dishes that the public can legally consume in their own homes. The limitations of on-site consumption prevent cafes like they have in Amsterdam, where joints and small bags can be purchased and consumed on site. The limitation on public use also prohibits the consumption of food items on site. As the one-year anniversary of recreational use approaches, authorities have been increasingly known to crack down on those experimenting with “pot dining.”

According to reports, there have been 668 tickets distributed in Denver for open and public consumption. The city of Colorado Springs has also been aggressively working to crack down on “smoke-easys,” the modern incarnation of a “speakeasy” where pot and other refreshments are served, largely on the down-low. Even if you are hosting a wedding or other private event, public use is still considered illegal. Denver authorities have used drug and alcohol permit cods to fine and even press criminal charges against those who host private events and try to serve marijuana-based foods.

With changes in marijuana laws, individuals, dispensary owners, and other individuals in the marijuana industry should be aware of their rights as well as the potential for criminal liability. Our Orange County marijuana law attorneys are committed to staying abreast of the law and in helping clients defend their rights in the face of an investigation. In addition to helping you ensure compliance, we can also provide strategic advocacy in any criminal matter.