A troubling – and logic-defying – precedent has been set by an appellate court in Arizona, which essentially ruled that marijuana users need not actually be impaired in order to be charged with a DUI in that state. 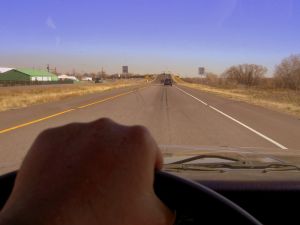 Our Los Angeles marijuana DUI lawyers are concerned for the kind of precedent this sets, and although the ultimate outcome will only have an immediate effect in Arizona, there is no doubt that prosecutors and lawmakers in other states – particularly those in which marijuana is legal for either medicinal or recreational purposes – will be closely watching the outcome of Arizona v. Shilgevorkyan.

The fact is, even if your state allows marijuana to be consumed to treat a medical condition, one cannot get behind the wheel of a vehicle if impaired, as that person is then considered a danger.

But proving impairment of a marijuana user is a different matter, and it really cannot be conducted in the same way as alcohol impairment testing. As we have explained in previous blog posts, alcohol is rapidly processed through the system. So if you have above a certain amount detectable in your blood or breath, it’s a strong indicator of impairment. Marijuana, regardless of how it is consumed, is processed differently. Testing for traces of marijuana in the blood will prove only that marijuana has been consumed at some point possibly in the last month. People who use it on a regular basis may have built up higher levels of the active chemical in their blood stream, yet are by no means impaired.

That has been the crux of the argument against setting limits for “safe” medical marijuana levels for drivers, and it’s also what is at issue here in the Arizona case.

In late 2010, a sheriff’s deputy stopped the defendant for reportedly speeding and making an unsafe lane change. The defendant submitted to a blood test, which returned a positive result for presence of carboxy-tetrahydrocannabinol. The deputy filed a traffic ticket charging the individual with two counts of driving under the influence, per a state law that makes it illegal for a person to drive “while there is any drug defined in section 13-3401 or in its metabolite in the person’s body.”

The defendant moved to have the complaint dismissed because the chemical found in his body was not hydroxy-tetrahydrocannabinol, which is the metabolite of marijuana. In other words, what was in his blood was not an indicator of current use, but rather a trace indicator of previous use.

The trial court agreed and dismissed the case. However, the state appealed and the appellate court in February overturned that verdict, saying that lawmakers had intended a flat ban on driving with any proscribed drug substances in one’s system. The court went so far as to say that the ban extends to ALL substances, whether capable of causing impairment or not.

That one could be charged with driving while impaired, regardless of whether he or she is actually impaired, makes no sense from either a legal or logical standpoint, even when taking into consideration the court’s position that as a matter of public safety, the law should be interpreted broadly.

However, the Superior Court commissioner who had ruled on behalf of the defendant warned in her earlier ruling that such interpretation would result in medical marijuana patients from out-of-state facing DUI charges when in fact they aren’t impaired.

Now, the last word is in the hands of the state supreme court.