It was just last year that California’s lab testing industry was pushed near to its limits with state regulators’ recently-imposed testing thresholds – the first round of which went into effect last summer and the second nearly 10 months ago. 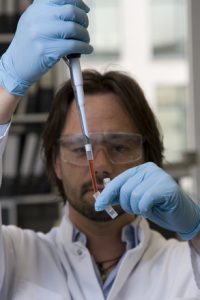 The primary impact of all this, aside from additional expenses that nearly crippled some laboratories and retailers, was:

There are still testing backlogs in some regions, but for the most part, executives at local labs report their businesses have become largely stabilized, product failures have been reduced, both testing results and wait times have been easier to predict and the labs that are currently licensed should be enough to manage the testing workload throughout the state (depending on how much growth the industry sees in the coming years).

As of right now, there are 27 state-licensed marijuana testing labs in California, according to the state Bureau of Cannabis Control. Meanwhile, nearly 70 lab licenses have been either revoked, surrendered canceled or expired.

That doesn’t mean these facilities are no longer facing any impediments to success.

One of the biggest issues is stagnated growth that plagues the rest of the cannabis industry. Most supporters of legal marijuana had expected market growth to be ahead of where it is now. Instead, it’s been stymied in large part by costly taxation and state standard requirements, as well as the fierce competition from the unregulated black market.

Some lab operators describe reaching a growth plateau, no longer falling but not progressing much either.

Marijuana Business Daily reported, based on interviews with cannabis testing lab executives throughout the country, that no facility is at 100 percent full capacity, so it’s unlikely will be seeing many more of them anytime soon – at least not until the legal marijuana market reaches its maximum potential.

Taking meaningful action to address black market sales is going to be a big part of it – especially because it’s been the cause of a fair number of cash-strapped cannabis growers and retailers skipping out on their bills to laboratories, or at least paying for some of the work on credit.

Other times, lab CEOs say cannabis producers are submitting very small samples for testing – to cut down the cost of testing larger batches – but then presenting to customers and regulators that their entire batch has been sufficiently tested according to state standards. Labs say there have been costs involved in chasing down those companies because such actions can damage their brand loyalty and potentially cause them legal headaches. Some have had to send multiple cease-and-desist letters against cannabis producers for this reason.

Although growth of and within these testing labs has been stunted, there is still the possibility of future growth as the legal market expands.

So at this point,  likely in the short term is that we’ll start hearing word of labs merging.

Los Angeles marijuana testing lawyers can assist corporations in navigating the complexities of a corporate merger, which may have additional challenges owing to the nature of the industry.