Measure M, a bill proposed by the City of Los Angeles that gives council the authority to regulate the local recreational and medical marijuana industries was overwhelmingly approved recently. 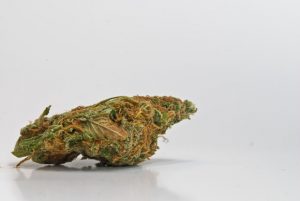 Measure M won over big in comparison to the votes garnered for another, Measure N, which was placed onto the ballot by a marijuana trade group that later swung its support behind the city’s proposal.

The bills were placed on the ballot in response to the November results in the state election that legalized marijuana for recreational purposes, beginning next year. Measure M gives the city the authority to repeal the current ban on medical marijuana dispensaries (Proposition D, passed in 2013), and replace it with updated rules that will regulate the varying kinds of marijuana businesses in Los Angeles. Additionally, the measure grants city leaders the power to enforce these rules, including imposition of fines, criminal penalties and loss of utilities like water and power for companies that flout city rules or try to operate unlicensed.

Measure M also allows the city to collect taxes on the gross receipts of cannabis companies – including those that sell medical marijuana, not just marijuana for general use. These taxes would apply not just to growers, but also to those responsible for production, delivery and sales.

Measure N, meanwhile, was a plan for granting priority permitting to 135 marijuana businesses to operate despite the Proposition D ban, and it also outlined taxes and permitting. However, supporters of Measure N agreed to drop their campaign for it once the city-proposed bill also contained a provision that prioritized those dispensaries allowed to operate under Prop D. Although they couldn’t remove Measure N from the ballot, supporters did lend their support to helping Measure M pass.

The group that launched Measure N and later backed Measure M, the Southern California Coalition, said it plans to now tout Measure M guidelines to county and then to state officials with the hope of launching a comprehensive model that can be supported statewide.

The vote was necessitated after Gov. Jerry Brown signed the Medical Cannabis Regulation and Safety Act, which mandates that all marijuana dispensaries in California have to obtain state and local licensing at the start of next year. However, L.A. doesn’t currently provide permits under Prop. D. That had to change. Measure M is the start of making the City of Los Angeles compliant with state law.

The measure will grant licenses to existing shops, and will also pave the way for recreational sales next year.

Another issue addressed in Measure M is marijuana delivery. Although there have been a number of online services that do provide marijuana delivery, our L.A. marijuana attorneys can explain those were operating illegally under Proposition D. Last year, the city attorney negotiated an agreement with the state’s largest marijuana delivery service, Speed Weed, to stop operating in Los Angeles.

Now, the new state laws say that marijuana delivery operations can only operate lawfully if attached to a brick-and-mortar shop, except if those shops are attached to a chain. However, those with NORML point out this part of the law is somewhat confusing as written. Measure M grants city council the authority specifically to regulate the transport of marijuana products in L.A.