When the National Drug Control Policy office of the White House (more commonly known as the nation’s Drug Czar) released its 2013 National Drug Control Strategy report, we were pleased to see that the federal government appeared to be shifting – ever so slightly – from its previous drug strategies. 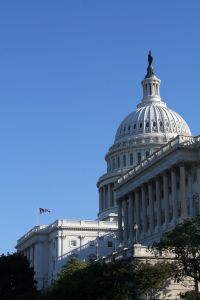 Our Los Angeles marijuana lawyers understand that the agency put a special emphasis on the fact that three-fourths of all Americans believe the country’s “War on Drugs” to be one that has failed abysmally. As such, the agency referred has referred to its new strategy as the “21st Century Approach,” supposedly marking a distinctive pivot from attacking drug use and even abuse as a criminal action to one that should be approached more from a health-related standpoint.

But for all of that rhetoric, the actual policies contained in that drug strategy report don’t reflect it.

The director of National Affairs for the non-profit Drug Policy Alliance was recently quoted as saying that while the administration says in one breath that drug use and abuse in this country are matters of public health, in the very next breath, it’s outlining strategies for dealing with drug abusers in drug court. Granted, these courts do have more of a heavy emphasis on substance abuse treatment and rehabilitation. However, it’s still an arm of the criminal justice system.

We wouldn’t prosecute cancer patients in this way (unless of course they were using medical marijuana to treat their illness – then, it seems, they are fair game). Why is it acceptable for the government to maintain this blatant imbalance?

The conflict in the way the government talks about people who use drugs and the way it actually handles them doesn’t stop with drug courts.

The obvious one for us is the total disregard for state medical marijuana laws. Our president says lawful users aren’t a priority for federal authorities. But then those same authorities turn around and begin taking aggressive action against marijuana dispensaries providing an invaluable service to sick and dying patients.

Then there is the high priority given to low-level drug arrests, which continue to swallow up a huge amount of time and money, especially for local law enforcement agencies.

Additionally, we’re wasting huge amounts of money at all levels of enforcement in interdiction efforts to curb supply. But it doesn’t actually get us anywhere. Whatever void is left by the arrest of one drug supplier is soon filled by another. The approach isn’t working – but it’s not changing.

The one change that was applauded by the DPA director was the pledge to ensure greater access to a low-cost antidote that serves to reverse the effects of an overdose on opiates.

But it’s not enough. Some 750,000 Americans are locked up every year for low-level marijuana offenses, often involving patients using the drug for medicinal purposes in states where it’s not legal to do so.

Would we find it acceptable that patients in Ohio couldn’t receive the same kind of chemotherapy treatments as the patients Colorado? Why should we accept that the benefits of medical marijuana should not be accessible to patients everywhere?

The very least the federal government could do would be to stop interfering in those states whose voters have approved medical marijuana laws.