Increasing accessibility to medical marijuana is being linked to a one-third reduction of workplace deaths among those between the ages of 24 and 44. Study authors opine workers are consuming less alcohol and pills because of legalization, and the reduction of this lethal combination has meant fewer people killed on-the-job. 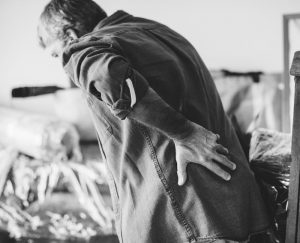 Workplace cannabis lawyers know this contradicts some of the many arguments employers, Chambers of Commerce and other business advocacy groups have made as medicinal and marijuana is becoming increasingly state-legal. Their position was that because marijuana has the potential to impair one’s cognitive and motor function, legalization may cause more an uptick in people using it at work, which in turn would result in higher on-the-job accidents and injuries.

Now, we’re seeing that in fact the opposite is true.

Last year, a study published by the International Journal of Drug Policy, found that workplace injuries fell nationally overall between 1992 and 2015 – but most notably in states states where employees also would have had access to medical marijuana.

States like California that had legal cannabis laws saw workplace deaths tumble by 19.5 percent among workers 25 to 44. The more time passed in these states, the more state marijuana laws became settled, the more deaths fell. Where a state had a medical marijuana law in place for at least five years, deadly workplace accidents plummeted to nearly 34 percent.

This would indicate, despite earlier concern, that medical marijuana meant job sites were safer – not more dangerous – when medical marijuana was available to workers. Although marijuana impairment isn’t considered safe for people to use while they’re working (especially when jobs require potentially dangerous takes that require one remain alert and responsive at all times), it is less addictive and there is virtually no risk of overdose. Such issues are commonplace with alcohol and certain prescription medications which, some workers may use to self-medicate if they’re already injured.

A Different Motive for Insisting Workers Steer Clear of Cannabis

In states that have passed marijuana legalization laws, employers – citing federal law as well as concern for workplace safety – have fought vigorously to retain the right to discriminate against applicants and employees who admitted or tested positive for cannabis.

Although it’s true an increasing number of employers in California are choosing to overlook the marijuana use of prospective and existing employees (marijuana use being so pervasive that to eliminate someone on that basis would limit the pool of qualified candidates and workers from which to choose), many still hold tight to their right to make the call solely on that basis.

Some who do so may not even use it systematically (though must apply it equitably or face a workplace discrimination lawsuit), having the power to do so gives companies the upper hand. It can create an excuse to fire someone when there is no other just cause, be grounds to turn down a candidate for which the company had no other justified reason and it might give the company ammunition in the event of a work injury claim.

However, now that data exists showing how much potential impact these laws have in reducing workplace injuries (which saves companies loads of money in terms of workers’ compensation insurance and other liabilities), we may see more employers’ tone shift.