Medical marijuana advocates say that this is true because fewer people are drinking alcohol and then driving to cope with their illness. If they legally can use marijuana, they are doing it at home and not in public where they could be arrested and therefore have no reason to drive. Those who oppose medical marijuana in Orange County, however, would argue that this means that younger people, who typically drink beer, are able to get marijuana more easily in states that allow it for medicinal purposes. 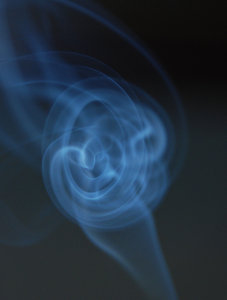 Officials state that the number of people being charged with prescription drug DUI is on the rise because of an increase in prescription drug abuse. But what these people don’t report is that police are woefully unprepared and under-trained in their ability to properly recognize whether a person is driving under the influence of marijuana.

Some believe that less than 1/10 of 1 percent of all law enforcement officers worldwide are trained as drug recognition experts. That’s fewer than 5,000 officers in the entire world who have the training to detect when a person is under the influence of drugs.

Also, there are so many kinds of drugs and all have different effects on a person. The individual themselves, including their body type and physical and mental makeup, can also alter how the drug affects them. So, it can be very tough to tell when a person is under the influence of a drug.

When that drug is medical marijuana, the picture becomes even hazier. If a person is in pain and has a prescription to legally use that drug to cope with the pain, what’s to stop them from driving? If there is no warning label that tells them they shouldn’t drive within a certain time frame of taking the drug, they shouldn’t face the possibility of being arrested.

If a person pops a painkiller to cope with an illness and then drives to work, they usually aren’t bothered. But for some reason, people who use medical marijuana sometimes get harassed by police.

According to the California Department of Motor Vehicles, the DUI arrest rate has continued dropping for years. According to data from 1997 to 2007, the rate dropped from 933 to 863 per 100,000 residents.

That could be because there are few cases where officers can actually prove a person is under the influence of drugs while driving. A breathalyzer machine isn’t going to be helpful because those are designed to indicate a blood-alcohol level. Field sobriety tests can often be thwarted by a person’s medical condition or weather and road factors.