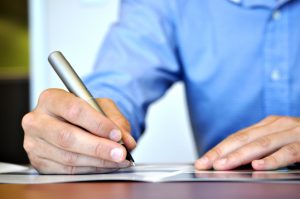 Because of the federal civil asset forfeiture program, which allows the U.S. Justice Department to seize assets of any real property used to manufacture or distribute drugs that are illegal under federal law, the typical boiler plate lease won’t cut it. That’s why in many cases, property leases that involve cannabis businesses use something known as an “escape clause,” for instances when there is federal intervention or enforcement action. This can help protect the property owner, but it’s likely to end – or at least halt – the marijuana business indefinitely, likely costing a great deal of money.

We must now also consider the recently-passed Medicinal and Adult Use Cannabis Regulation Safety Act (MAUCRSA). Structuring the business – and the commercial lease agreement – according to these provisions can help safeguard your financial investment and livelihood.

Our Orange County marijuana attorneys are committed to helping new cannabis businesses formulate a workable business model that will help them avoid some of the most common legal headaches – including as it relates to the lease.

Some considerations you’ll want to weigh:

In addition to these, there are also concerns with security, access and future build-outs. Consulting with an experienced attorney specializing in cannabis law can help you avoid some of these common pitfalls in this ever-evolving area of law.