This year was the first in which Californians could freely grow, sell, buy and use marijuana purely for purposes of recreation without the constant threat of criminal law enforcement intervention. However, almost nowhere in the Golden State can new marijuana business owners say it’s been an easy road. 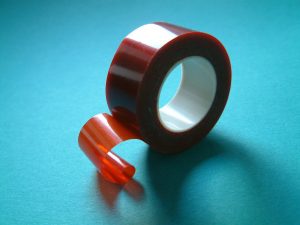 Prop. 64, which opened the doors to recreational marijuana, imparted a significant amount of power and discretion to local jurisdictions to decide the type and volume of marijuana businesses that would be allowable. Some communities, like San Jose and San Francisco, embraced commercial cannabis at the outset. Meanwhile, others like Fontana have tried to outlaw the shops entirely. Those with the harshest restrictions have in some cases (Fontana, for instance) been successfully challenged.

For the most part, communities agree the drug should be legal, but just practically speaking, it takes time to supplant an unregulated market. Questions have still arisen regarding how the wealth should be distributed, who gets a chance to participate and how tight should restrictions be. A dedicated California marijuana dispensary attorney can advocate on behalf of all types of cannabis corporations, whether a brick-and-mortar store, a delivery service, farmers or ancillary business.

In some cases, some municipal marijuana markets have paved the way a small number of well-capitalized cannabis firms to dominate, while others have seen the proliferation of smaller, mom-and-pop-type pot shops. An analysis by the California Cannabis Growers, the state’s biggest marijuana trade organization, insists the success of the regulatory schema will hinge primarily on how many businesses are allowed to enter the market. Local regulations can hinder up-and-coming entrepreneurs trying to get a foot in the door.

Many marijuana business attorneys are seeing situations wherein some companies have become severely backlogged with product because they can’t distribute due to a lack of local ordinances. They end up losing substantial sums in these scenarios.

On average, a person in California must drive 60 miles to arrive at a dispensary, according to the state’s Bureau of Cannabis Control. This creates a somewhat confusing scenario, as many Californians assume legal marijuana is everywhere. But the residents in these under-served areas aren’t simply using less marijuana. Instead, they’re getting it on the black market – which has actually grown in some ways because the state has made it quite difficult for new businesses to enter the above-board market and little incentive to compel them to keep trying.

It’s had a ripple effect in places like Los Angeles, which has approved just three of the hundreds of annual licensing applications received by the Manufactured Cannabis Safety Branch. Ancillary companies can only work with those that are licensed, so they’be been stuck at a standstill too.

State and local agencies insist they are doing all they can to keep the licensing process moving. Our Los Angeles marijuana business attorneys know that no one likes navigating through bureaucracy, but it’s a necessary evil at this point for many firms. Because you might only get one shot at this opportunity, business owners need to make certain state laws and local ordinances  are meticulously followed on their end – which makes working with a lawyer a necessity.