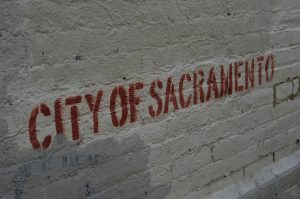 Talk of raising the number of dispensaries allowed in the city arose for this reason, though the mayor conversely suggested preference could be given to minorities should one of the existing dispensaries happen to close. However, that’s fairly unlikely, given how lucrative California marijuana dispensaries are and will almost certainly continue to be.

Even if the council did decide to raise the number of marijuana dispensaries allowed, it will probably be at least another 1.5 years or more before any additional actually opened. As Los Angeles marijuana dispensary attorneys know, these types of decisions rarely come swiftly are effected in short order. Even the typical bureaucratic difficulties with which we grapple are compounded when it comes to cannabis because of its ongoing status as a Schedule I narcotic per the U.S. Controlled Substances Act. Furthermore, despite legalization of recreational marijuana by the state, heavy taxation and stringent regulations have spawned a thriving black market.

In Sacramento, one of the ongoing issues with the legal market is concern that existing shops aren’t evenly distributed across the city. Of the 30 brick-and-mortar pot shops in Sacramento, 17 of them are centered in certain fringes, with the remaining few in the city center. That has meant certain districts are over-served and several are underserved. Normally, capitalism would serve as an equalizer, but the problem is, city rules set in place by the council in 2010 barred marijuana dispensaries to be located near schools, churches and tobacco shops.

Since the state decriminalized sales for recreation, the city has loosened its rules a bit, but it’s not been a enough to effect a major shift just yet.

As long-time California marijuana dispensary lawyers, our team is well-versed in the regulatory hoops through which store owners must jump to ensure they have dotted all i’s and crossed all t’s and won’t find themselves ensnared in a legal battle for their right to exist – or worse, their freedom.