Nuisance abatement laws, codified at the state or local level, allow municipalities to fine landlords who allow “nuisances” on their properties. It was intended to curb violence and repeat police responses to the same location. However, it’s reportedly having a negative effect on those who use marijuana. 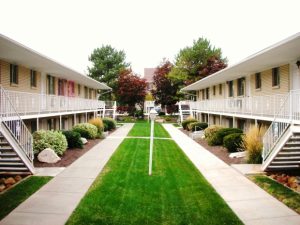 The Washington Post recently reported on the issue, beginning with the case of a D.C. law firm employee who, after eight years renting a residence on a quiet street in the Northeast section of the city, was evicted over the discovery of a marijuana joint. The report indicates the woman’s adult son – who had not lived with her for years – was arrested for possession of a firearm outside of a popular nightclub. Two weeks later, D.C. police officers raided her home, looking for more drugs. They didn’t find any when they stormed the home as she and her husband were helping her 8-year-old with his homework. However, they did find three cigarettes – one of them reportedly containing marijuana. No one was arrested or charged.

However, it was just a week later that the attorney general’s office in D.C. labeled the home a drug-related nuisance in a letter fired off to her landlord. That letter cited a nuisance abatement law passed in 1999 that grants the city broad power to prevail in civil lawsuits against landlords that don’t halt illegal actions on their properties. In response, the landlord evicted his tenant.

In the last three years, city officials just in D.C. have issued some 450 nuisance abatement letters to property owners, most citing residential tenants accused of drug or gun crimes. In most cases, these individuals were arrested on felony charges, of which they were later convicted. However, there were also about three dozen cases that involved either misdemeanor marijuana possession charges – or, like in this case, no charges at all.

There was one incident in which a grandmother was evicted from her apartment for possession of one gram of marijuana – which is a legal amount of the drug under D.C.’s marijuana possession laws.

An analysis by Post reporters indicated that some of the letters issued by the attorney general’s office were not the result of careful analysis that differentiated dangerous felons from the rest, but rather a veritable assembly line of paperwork churned out by rubber-stamping government agents. What’s happening is following a police raid at a residence, information is sent to the U.S. attorney’s office, which is the federal entity responsible for prosecution of D.C. crimes. It’s not clear which cases are red-flagged by police, but once it occurs, the referrals are passed from the police to the D.C. attorney general’s office, which is the district’s legal arm. That office is supposed to review the cases and determine whether a property is in fact a nuisance. However, officials with the attorney general’s office have conceded they do not do this adequately. In fact, over the course of the three-years and 450 nuisance abatement letters issued, the office couldn’t point to a single time when they received a referral and declined to issue a letter. However, after the story was published online, the office was able to dig up seven cases over the course of 12 months in which they reportedly resolved the nuisance without issuing a letter to the landlord.

Still, it’s problematic that a policy born of the Zero Tolerance policies that cropped up in New York City and elsewhere as a direct result of the crack epidemic is today being used to evict families of law-abiding marijuana users from their homes. Although these letters don’t specifically require the landlords to evict, many of the letters do contain pamphlets that spell out the eviction process.

Forced out of a home over a marijuana joint, Aug. 26, 2016, By Derek Hawkins and Kate McCormick, The Washington Post