In a recent interview with Rolling Stone magazine, characterized as an “exit interview,” President Barack Obama shifted his position on marijuana once again. He stated flat-out that use of marijuana for recreational purposes should be treated the same way we treat alcohol or tobacco. He characterized marijuana as a public health issue, and said the current state marijuana laws – a crazy patchwork quilt of varying state and federal statutes is not a tenable situation. 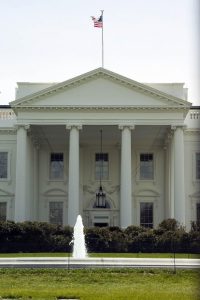 It was a very short piece of a much longer interview, conducted the day after the Nov. 8th election, Obama said that while he has been in clear in his believe that it is important to discourage substance abuse. He also said he does not see marijuana as a solution or remedy for all difficulties or diseases. However, he did say that the “much smarter way to deal with it” is to treat marijuana use as a public health issue, the same way we do with products like cigarettes or alcohol.

Of course, he noted these classifications are not typically accomplished by a swift presidential edict. Rather, they are done legislatively or through the U.S. Drug Enforcement Administration. Obama noted that the DEA has the job of enforcing laws, so it’s not surprising that the agency is not going to be on the cutting edge of changing it, even as popular opinion has swung widely in favor of medicinal use and slightly in favor of legalizing the drug for recreational use.

As our marijuana lawyers in L.A. know well, the DEA recently rejected a petition that would have lessened federal restrictions on marijuana, saying there is a lack of evidence of the drug’s accepted medical use and still a high potential for abuse.

Obama has made comments that were something to this effect before. Two years ago when speaking to the New Yorker magazine, he said marijuana was less hazardous than alcohol when we’re weighing the negative impact to individuals. Even more recently, he spoke with television host Bill Maher, saying that a serious conversation needs to be had about how we are treating marijuana and drug laws.

Still, marijuana advocates have long been frustrated with Obama, and what they have seen as his unwillingness to use his clout to help advocate for the cause. The sentiment now is that while it’s encouraging that Obama is taking this stance, it would have been better serving of the community had he been more vocal about it earlier in his administration. The head of the Marijuana Majority said that Obama’s failure to apply pressure to the DEA to reschedule the drug will go down as “one of the biggest disappointments” of Obama’s term.

The good news is that even leading anti-marijuana groups, such as Smart Approaches to Marijuana, don’t advocate for criminal prosecution for those who smoke or possess a small amount of the substance. The problem is finding common ground on what a “rational policy” on marijuana looks like. SAM does not support full-scale legalization, though it does support decriminalization.

Obama’s Justice Department was directed to stop back to allow states to legalize and regulate marijuana as they see fit. Still, there was no effort to impose any changes on the strict federal prohibition on the drug. That means whoever steps into the office will be free to resume prosecutions.

Obama says marijuana should be treated like ‘cigarettes or alcohol’, Nov. 30, 2016, By Christopher Ingraham, The Washington Post