For nearly 100 years, those opposed to marijuana being legal have been making unsupported claims that using marijuana will lead to violent crime and a society out-of-control. This anti-marijuana propaganda began around the time the Volstead Act (Prohibition) was passed and continued through much our country’s recent history. It is still a part of the modern rhetoric uttered by many groups. 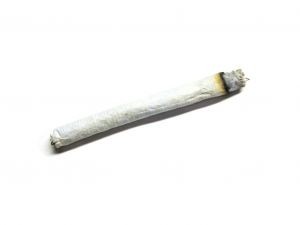 The prohibition on marijuana was originally based upon a need to rid society of all “vices” and as a way to oppress minority groups in America.  The so-called “War on Drugs” has cost the taxpayers unfathomable amounts of money, much of which was spent on stopping the importation and sale of marijuana, and created unjust results in the federal penal system. While the general public opinion has vastly changed, and now 23 states and the District of Columbia allow medical marijuana, or even recreational use of marijuana, there are still those against legalization, and many of these people are in law enforcement. One of the reasons law enforcement agents are so against legalization is because, for many years, officers claiming they smelled marijuana has been used a pretext to stop cars and pedestrians and perform unwarranted searches and seizures.  It would not matter if the search turned up no marijuana but did turn up some other type of contraband.

According to a recent news feature from NBC News Southern California, a man crashed his car repeatedly into a Jack-in-the-Box restaurant in Los Angeles, and the authorities are blaming this on medical marijuana.

Authorities have said the man allegedly went to the fast food restaurant and tried to the use the women’s bathroom.  Apparently, some of the employees in the fast food establishment refused to allow him to use the women’s room.   It is not known at this time if the men’s room was occupied or out of order at the time of the incident in question.

After the man was not allowed to use the bathroom, he allegedly became what authorities are calling “agitated” and left the fast food eatery and got back in his car.  He then allegedly rammed his car into the wall of the restaurant repeatedly until he made a couple of large holes in the exterior of the restaurant.  There were more than a dozen customers and various employees in the restaurant when he allegedly crashed his car through the wall, but it is not believed any of them were injured.

One witness joked about him wanting to get to the burgers and fries, and it is being implied that medical marijuana is largely responsible for his behavior.  However, as our Orange County medical marijuana attorneys have seen in various cases, it is rarely medical marijuana that would cause anything like that.  Instead, it is possible that a patient already had an anger management problem, or another mental health condition like Post Traumatic Stress Disorder (PTSD).  The medical marijuana use may or may not help reduce this type of behavior.