For entirely political reasons that do not make very much sense in reality, marijuana is classified as a Schedule I controlled substance.  While marijuana has been illegal since the time of Prohibition, it was not until the United States Controlled Substances Act of 1970 (USCSA) that there was an official schedule that listed controlled substances in a particular order. 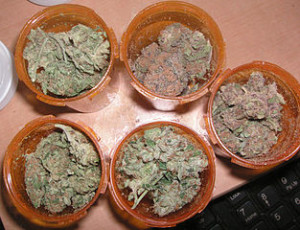 The highest schedule on the USCA is known as “Schedule I” and is reserved for the most allegedly dangerous drugs available.  These drugs are supposed to have no known medical use and be highly addictive and dangerous to be listed as a Schedule I controlled substance. To get an idea of the type of drugs on Schedule I, we can look at a list of what is included.  Congress has chosen to classify heroin, Quaaludes, GHB, and many other dangerous hallucinogens, as well as marijuana, at the highest schedule.

Since Schedule I is the most dangerous class of drugs, and Schedule Two is the next step down, we would expect these drugs to be safer and have more medical uses.  Some examples of Schedule II controlled substances are cocaine, amphetamines, opium, oxycodone, Vicodin, Phencyclidine (PCP), and even pentobarbital, which is best known for being used to cause death via lethal injection executions.   In case you were wondering, cocaine was once used before the invention of Novocain (now replaced by lidocaine) at the dentist, and is still used in dental pain control in very rare instances.

This means that your dentist can order cocaine with his or her DEA number and keep it on hand in the office, but as noted in a recent article from PBS Newshour, a well-respected Alzheimer’s researcher needs to wait six months for the DEA to approve a shipment of a small amount of medical marijuana to give to lab rats, who may be too old for the study by the time the medical marijuana arrives.

Apparently, the mice have to be a certain age, and must be raised in a certain way to make them eligible to participate in the bench research process, and when it takes so long to get marijuana, this often creates problems for researchers.

It is somewhat ironic that one of the reasons marijuana is allegedly on the Schedule I list is because it has no accepted medical uses supported by peer-reviewed federally approved research.  While this in and of itself is not true, it is hard to do research when the federal government has made it very difficult to perform any experiments in the lab or with human patients.

If you are attempting to conduct research involving medical marijuana in Los Angeles, one of the best things you can do is to speak with an experienced attorney about what you can do within the system, and what you can do to make the process go more smoothly.  While this may seem like a classic catch-22 situation, there are things that can be done to conduct research while not violating any DEA regulations, but there is a lot of red tape, and that is where the assistance of an experienced medical marijuana lawyer can really help.