This November, voters will be presented with a ballot measure at the polls known as the Adult Use of Marijuana Act (AUMA) which if passed, will legalize marijuana in the state of California for recreational purposes, as opposed to just medical marijuana which was legalized back in 1996. 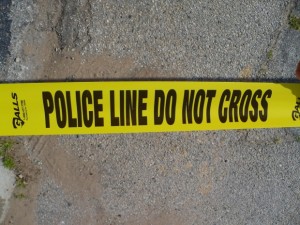 It is interesting to consider that in 1996, legalizing medical marijuana made California the most progressive state in the nation in terms of helping patients get access to a drug they desperately needed.  This was also done at a time when the federal government, and especially the United States Drug Enforcement Administration (DEA) made it very clear they would be not looking the other way.  There were cultivators, dispensaries, and even patients that were arrested and prosecuted for violating federal laws as marijuana is on Schedule I of the United States Controlled Substances Act (USCSA) of 1970.

The federal government went after these medical marijuana business financial assets as well and made sure that no bank with a FDIC insurance (which is basically all of them) or credit unions with FCUA insurance (again all of them) would maintain a deposit account for any money earned as a result of the sale of marijuana.  With bank accounts and the ability to write checks or use company credit cards, it becomes much more difficult to run a business, which was exactly why the federal government was taking such extreme action.

Since that time, the president and his administration has decided not to make the enforcement of laws prohibiting marijuana a priority in areas where it is legal to buy or sell under state or local law.  The much of the rest of the nation has also come around as now nearly half of the states and the District of Columbia have legalized medical marijuana and some of them have already taken the step of legalizing marijuana for recreational purposes for adults.  This is of course what the Adult Use of Marijuana Act aims to do in California.  While California may not be leading the movement to increase rights for marijuana users and stop the so-called war on drugs attacks on sellers and buyers of marijuana, many in the marijuana industry predict that if AUMA passes, California will become the business hub for the national cannabis and cannabis-related products market.  If you are already in the business or thinking of getting started, you should speak with an experienced Los Angeles marijuana industry attorney as soon as possible.

However, not everyone is excited about the likelihood of AUMA passing this November.  According to a recent news article from the Sun Times Extract, groups representing the interests of police and prison guards are opposing the upcoming ballot measure.  These groups are responsible to date for raising half of the total amount of money that has been collected to fight AUMA passage.  However, their reasons may not be to prevent crime, but to prevent the loss of funding with which they are being provided to fight the sale of marijuana and to house prisoners who are incarcerated for non-violent marijuana-related offenses.