Many law enforcement officers and prosecutors are against the legalization of marijuana. One of the common arguments they make are that legalizing marijuana will increase crime, harm neighborhoods, and lead to more potentially deadly incidents of driving under the influence of marijuana.  This is also known as a DUI drugs. 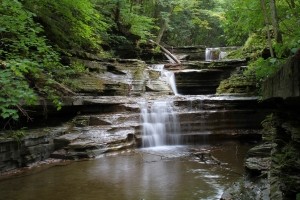 However, according to a recent news feature from Business Insider, one California sheriff’s office is issuing another warning to marijuana users about how they may be getting more than they bargained for when purchasing marijuana.  This sheriff for Stanislaus County has said while does not believe people should be smoking or cooking with marijuana at all, if they do, they should be washing it like they do any other plant they are eating.

In this case, he said they recently conducted a large scale marijuana bust and seized over 20,000 plants.  He said those plants contained what he is referring to as toxic chemicals.  These toxic chemicals come in the form of various types of illegal pesticides for plants intended for human consumption.  However, as is a common problem with illegal marijuana grow operations, there is no oversight into what chemicals are used and also whether water regulations are followed.  This is of course something that the legislature intends to change, especially if voters pass the Adult Use of Marijuana Act (AUMA) next November at the polls.

In his particular county, it is illegal to grow and sell any amount of marijuana.  He works with the state department of fish and wildlife to find and remove illegal large scale marijuana grow operations, and the two agencies try to limit the damage to the environment caused by the cultivation.

One of the main problem with illegal grow operations is that since marijuana requires a lot of water, and they cannot obtain it legally without drawing too much attention, and these farmers will often divert water from streams or rivers, or even other property, which is all illegal.  They will then allow the water to run off the crops carrying with it fertilizers and pesticides that never should have been used in the first place.

While law enforcement officers can use helicopters and single engine aircraft to search for these clandestine grow operations, and they do find some, it costs a lot of money and very rarely results in any arrests, because the growers do not stay at the grow sites any longer than necessary and often are aware when law enforcement officers are headed to their remote locations.

One thing to keep in mind is that even in areas where it is legal to cultivate marijuana, you should speak with a marijuana collective lawyer in Orange County to make sure you are not violating any of the various laws that still apply to running a legal grow operation.  While many new businesses are reluctant to spend money on legal fees, it is often far more cost effective to make sure things are done right in the first place rather than run the risk of fines, business closure and even possible criminal prosecution.

Additional Resources:
A California sheriff’s department issued a warning about marijuana that’s worth heeding, May 20, 2016, Business Insider, By Kathleen Wong