The reason marijuana is illegal under federal law is because it is listed a Schedule One controlled substance on the Untied States Controlled Substances Act (USCSA). It was added to the schedule in 1970, as it was determined by the drafters of the law that marijuana had a high potential for substance abuse, had no currently accepted medical use in the United States, and there was a lack of accepted safety measures to use marijuana under medical supervision. 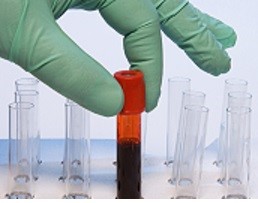 For years, prior to inclusion on the federal schedules, there have been numerous reasons given for why marijuana in dangerous, ranging from how it will allegedly cause people to commit violent crimes, to how it is a gateway drug for more dangerous drugs. There was a also a federal tax on marijuana as means of prohibiting the drug, but when that tax was found unconstitutional, it was added to the newly created USCSA schedules.

As our Los Angeles medical cannabis dispensary attorneys can explain, one of the main ways to establish officially that marijuana and cannabis products do in fact have medicinal purposes, are not dangerous, and can be administered under proper medical supervision would be to have federally funded studies about the medical uses for marijuana. However, according to a recent news feature from the Washington Post, Republican members of the United States House of Representatives are in opposition to commissioning such federal studies and have had said no when given the opportunity.

With medical marijuana being legal in almost of half the states in the union and the District of Columbia, and veterans of the global war on terror fighting for their rights to use medical cannabis to treat PTSD, it would seem like now is the time for Congress to finally consider removing marijuana from Schedule One of the list of controlled substances, and the first step would be to have several federally approved studies on the medical uses of marijuana.

Unfortunately, the Republican members of the House of Representatives have repeatedly stopped these federal studies from happening, and, in their latest opportunity, they did so once again. This time it was via a vote against a an amendment, which, if passed, would direct the National Institutes of Health (NIH) and the United States Drug Enforcement Agency (DEA) to cooperate in an effort to allow studies to determine whether marijuana can be of medical benefit to cancer patients.

The reason this study could not be done without such a bill is because, under its current classification, marijuana cannot be used in any federal studies conducted in national laboratories. The new law would require a reclassification of marijuana for research purposes. What makes this latest proposed amendment unique is that it was actually a bipartisan amendment pushing for a federal study on marijuana. However, while the sponsors of the amendment represented both parties, the rest of the party membership did not follow suit. However, as more and more states legalize medical marijuana, including more traditionally republican states, there may a change in the future.