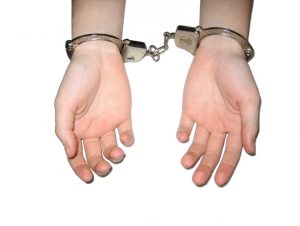 Retroactive application of a sentencing law is unusual in and of itself, but §11361.8 is even more striking, in that it does not place a time limit on which the conviction must have occurred. Any person currently serving a sentence may apply for relief if he or she would not have been guilty – or been guilty of a lesser offense – had the Act been in affect at the time of the offense. Moreover, California courts are instructed to broadly grant petitions for relief. In order to deny such a petition, the court must determine that an unreasonable risk of danger to public safety would be posed by granting it. This creates a de facto legal presumption that qualified applicants are entitled to have their petitions for relief under the Act granted. This presumption can be challenged (and overcome) by a prosecutor, but it is still an advantage for defendants seeking relief from their sentences for marijuana offenses.

Convictions for drug offenses in the United States have historically demonstrated a high racial disparity. The Orange County Reporter identifies a study which found that Latinos were twenty-six percent more likely, and blacks were five times more likely, than whites to be arrested for a marijuana felony in 2015. This is in spite of evidence that blacks, whites and Latinos all consume and sell marijuana at similar rates. Celebrities such as rapper Jay-Z and actor Danny Glover cited this as the reason they supported the Act. It was also the reason that Silicon Valley billionaire Sean Parker donated more than seven million dollars to support the passage of Proposition 64.

The state’s recreational marijuana referendum has wide-reaching applications which can help those with previous convictions for marijuana offenses. Sentences can be reduced or overturned, inmates can be released, and criminal records changed as a result of the retroactive sentencing provisions of Proposition 64.