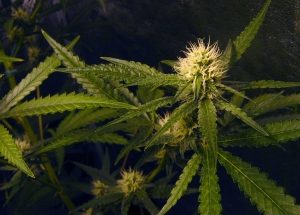 The city joined a growing number of other municipalities that preemptively banned recreational sales or passed certain regulations that limited cultivation, processing and distribution of non-medical marijuana in anticipation of Proposition 64, legalizing marijuana for adults.

San Jose city officials told The Mercury News the ban was an effort to curb illegal marijuana shops from opening immediately after the law passed. The ban is notably temporary, though there is no date at which the measure is slated to sunset. Leaders say this will allow them additional time to formulate a regulatory plan to help ensure proper oversight of dispensaries and shops within its borders.

The council is planning on using the temporary ban to help them gain a handle on recreational pot sales before they even get started. A number of other cities did the same, including Davis, Hayward, Foster City and Palo Alto.

The ban immediately went into effect days before the election and there is no stated end date. Officials have stated, though, that it likely would remain in effect until at least 2018, when it’s expected the state will finally begin licensing recreational marijuana. Elected officials in San Jose say they hope to have their own regulations set by then.

They want it made clear that in the meantime, cannabis entrepreneurs need to know that recreational marijuana collectives, dispensaries and retailers are not going to be allowed to operate in the city.

Although Proposition 64 grants adults over 21 the right to legally grow, purchase, possess, ingest and transport marijuana (with some restrictions on quantity), there is nothing in the statute that stops individual cities from enacting measures that limit the effects of the law.

San Jose – alongside a number of other cities – are also enacting or reiterating their current bans on outdoor marijuana cultivation and public use.

While many applaud San Jose council’s trepidation on this issue, others say they don’t have confidence the city will be able to enforce it. They point to a number of allegedly illegal medical marijuana dispensaries that have been operating in the city despite the previous crackdown.

The director of one of San Jose’s sanctioned shops said city leaders “look a little silly” for enacting bans that they can’t enforce.

Councilman Pierluigi Oliverio said the temporary ban will give his colleagues time to figure out which locations will be “most appropriate” for the recreational sales. The primary goal is to keep them zoned away from schools, libraries, parks and homes.

Oliverio said it will be important to see how Washington, Colorado and other states have been successful in careful regulation.