No matter what side of the political aisle on which you fall, there was a single general consensus about the Nov. 8th election: Marijuana won big. 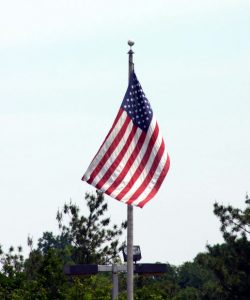 Voters in California, Nevada and Massachusetts approved initiatives for recreational marijuana. Numerous other states passed medical marijuana provisions. Collectively, this proved to be one of the largest electoral victories for the reform of marijuana laws in four years, when both Washington and Colorado were the first to green-light recreational use of the drug. It’s worth noting that similar legislation in Arizona didn’t pass, with 52 percent of the voters rejecting legal marijuana.

Medical marijuana laws were passed in Florida, Arkansas and North Dakota, and Montana loosened restrictions on the existing medical marijuana statute. Supporters of marijuana reform called the night “a monumental victory.” In total the percentage of states where marijuana is now legal for adult use climbed from 5 percent to 20 percent.

With California on board, there is hope that the federal government will soon end the national prohibition on marijuana – which could perhaps spur international change. California for a long time has been the state that serves as a bellwether for marijuana reform – and opposition. It’s a state where 12 percent of the U.S. population resides, and given the potential impact on the economy and other elements, it could very well encourage federal authorities to start rethinking the way they have approached the use of marijuana for the last handful of decades.

On the other hand, the Trump presidency has cast some uncertainty over the traction marijuana reform will continue to get in the coming weeks and moths. An administration that espouses skepticism of drug reform could result in an about-face. Specifically, if someone like Chris Christie or Rudy Giuliani was appointed attorney general, that may not bode well for the future of marijuana reform. A White House that is hostile to the movement could result in us reverting back to the days of federal raids on pot shops across the state – even those that abide by state law. Trump personally has been contradictory on the issue, so it’s difficult to say where he might come down on it. The hope is that the federal government will recognize that continuing a war on drugs will not only be unsuccessful, it will be toxic and unproductive.

As it now stands, federal law prohibits the sale of marijuana across state lanes – even those that both approve its use.

The reform in California wasn’t all that surprising for our marijuana lawyers in L.A. Last month, a national Gallup poll revealed that 6 in 10 Americans supported legalization of recreational marijuana – and that was the highest it had been in the organization’s five-decade history.

Still, there are some public health experts who caution we need to do more to learn about the potential health effects of the drug. Additionally, we don’t have any reliable protocols or tests to help us determine when a driver is truly impaired by marijuana. The drug stays in one’s system so long, it’s impossible with current testing methods to tell whether someone recently consumed the drug or is simply a regular user.

Pro-legalization committees in California had raised an estimated $23 million to support the initiative during the election cycle, while the anti-legalization campaign spent $2 million.