The Eighteenth Amendment in the U.S. was coined, “the noble experiment” because the goals were lofty. The purpose of the amendment, enacted in 1920 and spanning all the way through 1933, was to eradicate crime and corruption, solve social problems, reduce the prison and “poorhouse” induced tax burdens and bolster health and hygiene in the U.S. As we now know, it failed miserably on all accounts. 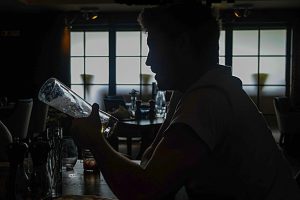 We can take into account these same lessons with regard to our “War on Drugs” and specifically marijuana prohibition. Alcohol prohibition did initially result in a decline of alcohol consumption. But later, there was an uptick. The alcohol that was available was more dangerous. The crime became “organized” and gave rise to the power and wealth of mobsters. Otherwise ordinary citizens became criminals and our courts and prisons became overwhelmed. There were no marked gains in workplace productivity or reduction in absenteeism. It also removed a substantial tax revenue source, and led users in many cases to turn to more dangerous substances, such as cocaine, opium or prescription drugs.

As reported by the Cato Institute (among many other sources), it’s been 80 years since Congress enacted marijuana prohibition. It seems none of the lessons of alcohol prohibition were learned. We’ve spent hundreds of billions of dollars in law enforcement. Almost half of Americans admit to having used the drug at least once. Mexican drug cartels – vast and vicious organizations – have been made enormously wealthy by the illicit trade. It’s easier for young people to get marijuana than it is alcohol, which is regulated by the government. Millions of lives have been sidetracked or even derailed for drug crime convictions – mostly poor minorities who are disproportionately targeted and can’t afford a criminal defense.

And what benefit have we derived for this? Almost nothing. The International Centre for Science in Drug Policy analyzed two decades of federal data to reach the conclusion that marijuana prohibition failed to accomplish a single one of its goals.

What we have seen time and again – both with alcohol and more recently marijuana – is that the more effective solution is to legalize, tax and regulate.

Our L.A. marijuana lawyers know it’s the opposite of a free-for-all. The fact is, no teenager who really wants marijuana right now is going to have any trouble obtaining it. Legalization and regulation actually makes it harder. It dries up the black market sources. It makes the product more expensive, due to the taxes. It requires someone to check their ID before completing a purchase.

These considerations take into account that the government does have a legitimate, vested interest in keeping this drug away from children and people who will be driving. But consider that when alcohol prohibition was enacted, alcoholism was a serious problem in this country. As CBS News reported, the average American over the age of 15 in 1830 was consuming the equivalent of nearly 2 bottles of 80-proof liquor a week.

But prohibition was a one-sized-fits-all solution that didn’t actually solve anything. The same can be said today of marijuana. The hope is that with an increasing number of states legalizing, the federal government will soon change course too.

What We Know Today about Marijuana Proves Prohibition Is Wrong, Oct. 30, 2016, by Jeffrey A. Singer, CATO