The American people have known for years that times are changing when it comes to marijuana. Now, it seems some 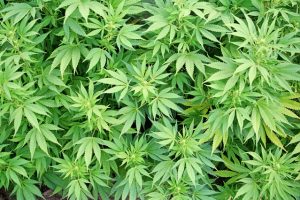 politicians at the federal level are starting to wise up and take this issue seriously as well. Senate Minority Leader Chuck Schumer (D-New York) is introducing a bill to remove marijuana from the list of Schedule I narcotics as part of Controlled Substances Act, 21 U.S.C. Section 812. He said he also wants to leverage this issue as a way to bolster women and minority cannabis business owners.

Politicians have been slow to take a stance in favor of cannabis, even though most of us know it can be a life-changing, medically useful drug. Some have supported passive measures here and there trying to give states some freedom without themselves taking a stand. For example, the Rohrenbacher-Blumenauer Amendment, which has to be renewed annually by Congress into the spending bill, prevents the Department of Justice from using federal funds to seek action against medical marijuana activity that has been legalized in that state. Some have tried to inaccurately portray cannabis as a partisan liberal issue, but even democrats have been shy to give full support. However, as The Washington Post reported, Sen. Schumer has acknowledged that the American people have evolved on this issue and it’s time for a big change.

As our trusted Riverside cannabis business attorneys can explain, by removing the Schedule I status, the federal government would not be legalizing marijuana per say. That would require Congress to create and pass regulations and rules for how the cannabis industry would function nationwide. Rather by removing it from the list, marijuana becomes decriminalized and whatever laws are established by each state would become the highest authority unless Congress takes further action. It would also acknowledge that marijuana has no business being classified Schedule I, a designation given to drugs that have no medical benefits, are addictive, and are harmful. Examples of other drugs on this list are heroin and LSD. Removing this classification would also open the doors to much needed funding for medical marijuana testing and research, that previously has been restricted.

It is to be expected that there would still be some fringe people who would still be clinging to archaic ideas about marijuana. After all,  the rampant anti-marijuana propaganda of the past century was pretty powerful and is difficult to deprogram from the American psyche. But it is unconscionable that those politicians who know the evidence and science would continue to stand by and allow so many constituents to be branded as criminals in the eyes of the Department of Justice. Attorney General Jeff Sessions is one of the people more persuaded by propaganda than evidence on this issue and has vowed to enforce marijuana’s Schedule I status. This is why declassification is more important now than with the past administration, whose DOJ was more sympathetic on the matter.

It’s remarkable to look around at how far we’ve come since 1996 when California was the first state to pass medical marijuana protections with Proposition 215. Now there are now 29 states as well as the District of Columbia that have legalized medical marijuana. Of those states, eight also allow recreational use. That means the majority of people in this country live where marijuana has been legalized by the state. Our attorneys support federal declassification of marijuana as a vital step in the protections of the rights of patients and responsible recreational users in California.